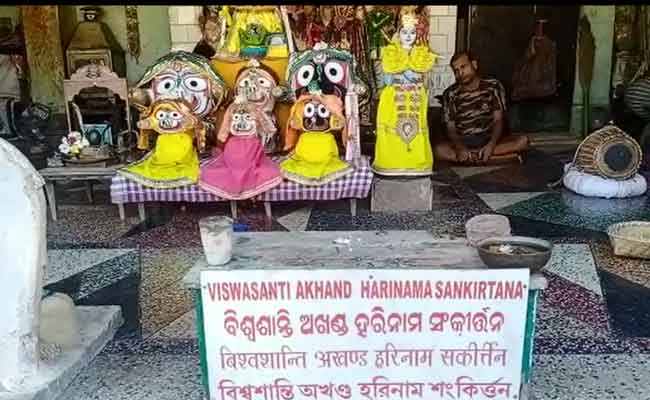 Puri: Town Police on Thursday arrested one person in connection with the loot from hundi (donation box) of Biswashanti Akhand Harinam Sankirtan Mandir near the west gate of the Jagannath Temple here late on Wednesday.

The incident came to light on Thursday after Anant Das, the priest and complainant, found the hundi missing from the temple and informed the police.

Expressing displeasure over the incident, Das said the theft from the Sankirtan temple is a matter of grave concern despite round-the-clock security near the west gate of the 12th-century temple.

He suspects that the theft took place around 1 pm. There were no gold or silver ornaments inside the box, he added.

“There has been no breakthrough yet in the recent theft of money and ornaments from the Mausi Maa temple,” he said while stressing enhanced night patrolling in the Pilgrim Town.

In April, miscreants had decamped with Rs 4,000 from the donation box of the 10th-century temple. The temple situated around 500 metres away from the Srimandir.

The miscreants are yet to be arrested.

DCP Janardhan Pandhi said that one Bisiya Maharana from Muduli Sahi had dug out the hundi and decamped with the cash in it. “The hundi and the cash have been recovered from him,” he said.

There was no policeman posted near the temple, he added.

The DCP further said the miscreants involved in the Mausi Maa temple theft will be nabbed soon.