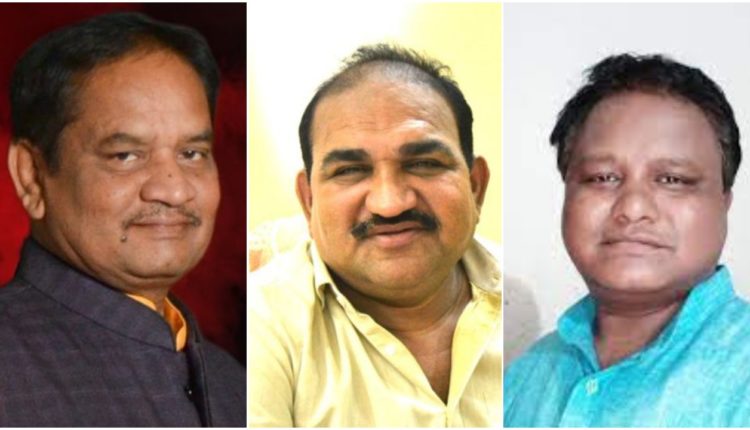 Bhubaneswar: Odisha Assembly Speaker Surjya Narayan Patro on Saturday suspended three BJP MLAs for the remaining period of the Budget session for indiscipline behaviour and hampering the dignity of the Chair.

Opposition whip Mohan Charan Majhi, deputy leader of the opposition Bishnu Sethi and BJP MLA Jayanarayan Mishra had allegedly hurling shoes, earphone and papers at the Speaker earlier in the day as a mark of protest after the latter rejected the adjournment motion brought by the Congress.

They also accused him of allowing the Odisha Lokayukta (Amendment) Bill to be passed in the House without any discussion.

Also Read: Shoes Hurled At Speaker Amid Protests Over Passing Of Lokayukta Bill

Protesting against their suspension, the BJP members and their party colleagues staged a dharna near the statue of Mahatma Gandhi on the Assembly premises.

The suspended members accused the Speaker of behaving like a BJD member.

“Every member of the House has the right to present his/her opinion during the passing of a bill. When we requested the Speaker to allow us to speak, he summarily ignored us and allowed the bill to be passed in the House. Had the Speaker later allowed us to speak, we would have apologised to him for our wrongdoings,” they pointed out.

“We have no regrets as such incidents have occurred in the State Assembly in the past,” Jaynarayan added.

In 2004, Congress MLA Anup Sai had thrown ‘chappal’ inside Assembly and was suspended for six days.