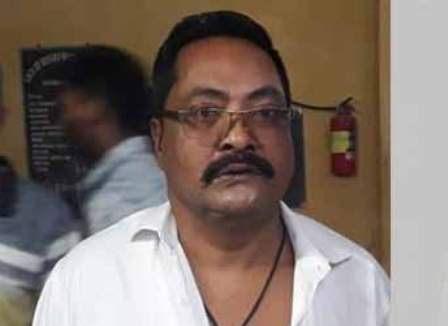 Cuttack: The Commissionerate Police, which on Tuesday arrested Sallu Khan alias Yakub, a close aide of dreaded gangster Sheikh Hyder, suspect complicity of a specific doctor and some staff of the SCB Medical College and Hospital here in the sensational escape of the gangster on April 10.

According to the rules, permission from the office of the hospital superintendent is required for reservation of a cabin for a critical patient on the recommendation of the doctors of the concerned wards. In the case of Hyder, no such permission was obtained and he was immediately admitted to the cabin after arriving at the hospital.

Although the gangster had no major illness, he was under treatment for 19 days on the recommendation of a senior doctor.

Police also came to know that a doctor during his round visit to the surgery ward on April 10 morning had informed that Hyder would be discharged on April 12. Surprisingly, the CCTV camera at the ward was switched off on the same day (April 10).

Meanwhile, some senior officials of the SCB have been interrogated on why police were informed more than two hours after Hyder escaped from the hospital.

While CCTV footage revealed Hyder slipped out of the hospital between 4 pm and 4.30 pm, the hospital authorities informed police about the incident around 7 pm. Police suspect that this was deliberately done to facilitate a safe exit for the gangster.

On the other hand, the mobile phones of Hyder’s five family members – son Sheikh Azharuddin, brother Kalia, nephew Kala, brother-in-law Gora and youngest son-in-law – who had met him at the surgery ward on April 10, were switched off. According to police, the five switched off their mobile phones near Mangalabad at 4.30 pm.

While Hyder’s eldest son Sheikh Munna is now lodged in Choudwar Circle Jail, there is no trace of his other family members.

Police have the information that the five members on their way to West Bengal had left for Bangladesh in different groups.

While three special teams of the Commissionerate Police have begun a search operation in Jharkhand, Chhattisgarh and Andhra Pradesh, one team is now in Murshidabad district of West Bengal, where several family members of Hyder were allegedly plotting his safe escape to the neighbouring countries.

Till reports last came in, the Commissionerate Police had interrogated one of the family members of Hyder staying at Khatbin Sahi in Cuttack.