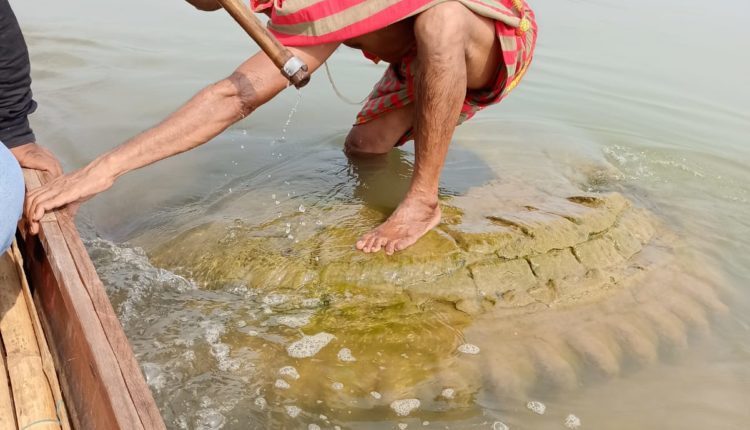 Nayagarh: Two experts will inspect a 500-year-old temple that has remained submerged under River Mahanadi at Padmabati village in Nayagarh district’s Bhapur block.

Recently, a survey team of the Indian National Trust for Art and Cultural Heritage (INTACH) had claimed that they found the ‘mastaka’ (top portion) of the temple just visible beneath the water surface of the Mahanadi.

The temple dates back to the late 15th or early 16th century, considering its construction style.

According to some elderly people of the village, the temple was dedicated to Lord Gopinath, a form of Lord Vishnu.

According to a source, the temple was submerged during a flood that also engulfed surrounding villages. Later, locals set up a new village one km away from the river and named it as Padmabati village.

COVID-19 Vaccination In Odisha: Cover All Health Workers In…