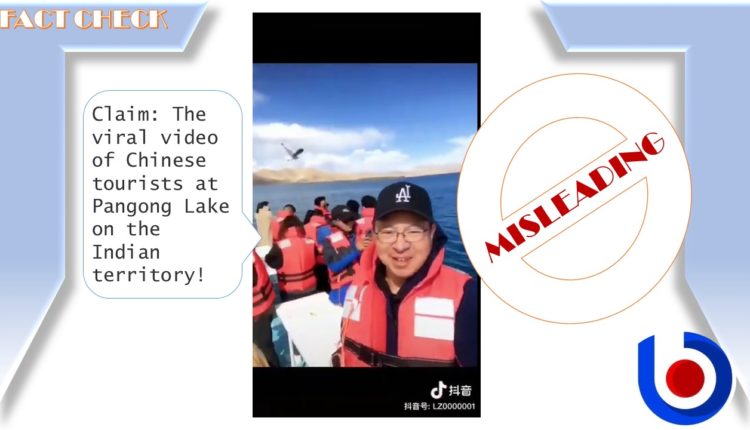 Bhubaneswar: Amid the rising tensions between India and China, a 40-second video clip of Chinese tourists enjoying a boat ride at Pangong Tso is doing the rounds on social media. While some believed it shot from the Indian side, others debated that the video is from the Chinese territory.

National Convener of Congress, Saral Patel, shared the video on Twitter with a caption, ‘Chinese tourists at Panging Tso’ with an angry emoji.

In this video clip, a bunch of Chinese tourists can be seen in a boat on a lake which looks very similar to Pangong Lake. The man who recorded the video can also be heard speaking in Chinese. Many users also reacted to the same while blaming the government

Was this video actually shot in the Indian territory of Pangong Tso? Let’s fact check!

To know from which side the video has been shot, it is important to geo-locate the video. It is pertinent to mention here that the Line of Actual Control (LAC) passes through the Pangong Lake, which effectively divides it into two parts. India controls the 45 km long western portions of the 135 km long lake and the rest is under Chinese control.

According to recent media reports, China has opened the Pangong Lake to domestic and international tourists. This prompted to fact check various possible locations and places around the Chinese side of the lake that can be tourist destinations.

Using Google Earth around stretches of the lake on the Chinese side, it was found that Pangong Tso is known also as Bangong lake. It is situated in Rutog County of the Tibetan Autonomous Region, China. China National Highway 219 passes by this scenic lake.

Further, using Google Maps, amenities like boats, resorts, and restaurants that are usually seen in similar tourist destinations could be traced to that area. 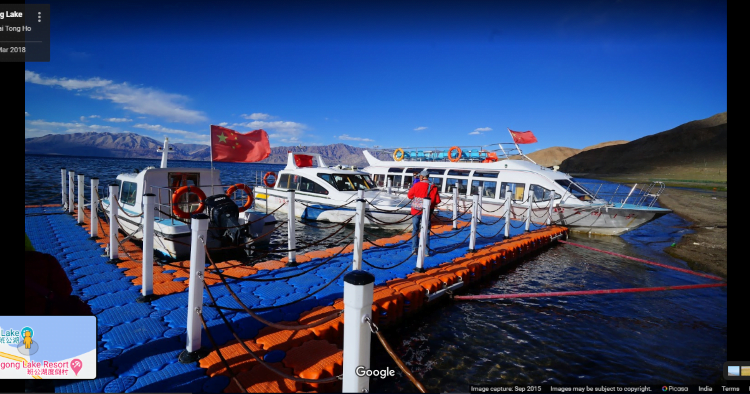 Adding to it, a journalist working for China state-affiliated media has also tweeted a video about the place which had similar views and a similar yacht.

🇨🇳Actually, #PangongTso in #China is open to tourists at home and abroad for quite a long time.
The lake is near Chinese national highway, a good place for self-driving travel. We have a resort on the lake there. 😆 pic.twitter.com/ZbaWDUw1gk

Two Chinese bloggers have also uploaded videos on YouTube about Bangong lake resort confirming a similar view of the area and the presence of a similar yacht found in the viral video.

Also, a local Tibet travel agency named ‘Tibet Vista’ in a blog mentions the presence of a Birds Island on the lake.

Moreover, a close analysis of the keyframes from the viral video brings out some point of identification- orange lifebuoy ring, blue chairs, white table in the middle and a big white structure at the stern which are similar to the images and videos of the yacht at Bangong Lake, collected from Google Map and YouTube.

The contextual verification of the video clarifies that it is originally a Tik-Tok video uploaded by a Chinese user ‘LZ0000001’ and was uploaded on YouTube first at 08:46:46 (UTC) on September 8, 2020, by ‘Blind Politics’.