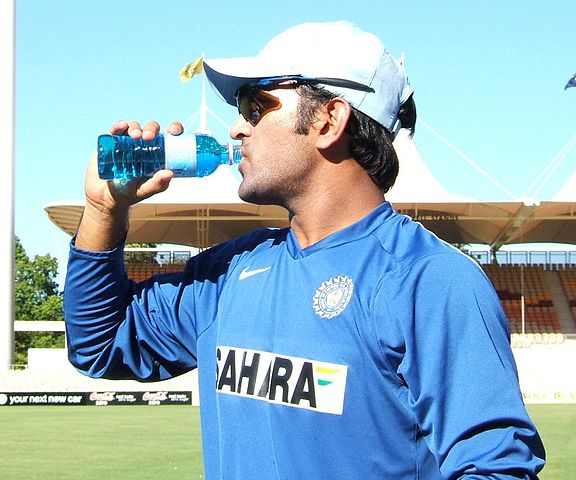 In a cricket-crazy nation with over a billion fans, emotions run very high whenever Team India takes the field. Passionate fans, high on Team India’s success, are known to be fickle in their hero worship, treating players as demi-gods one day and turning abusive the next should they fall short of their expectations.

In the days of social media, celebrities can go from hero to zero in a matter of hours as the iconic Mahendra Singh Dhoni found out the hard way on Sunday. The buzz on social media platforms like Whatsapp, Twitter and Facebook was about Dhoni’s slow batting towards the end of Team India’s unsuccessful chase of England’s magnum tally of 337/7 in Birmingham on Sunday.

Even diehard Dhoni fans — mind you there are millions of them all over the world — found it hard to explain his reluctance to go for the broke in the last 10 overs of the chase even though the asking rate had gone through the roof by then.

Most cricket fans have come down heavily on Dhoni for his lack of intent — not going in with all guns blazing in a bid to snatch an unlikely victory. Hundreds of posts on Facebook have condemned Dhoni for not doing enough with the bat.

Many fans have demanded his immediate ouster from the playing XI while others have even assigned various motives to it. One fan has even urged the International Cricket Council (ICC) to probe Dhoni’s slow batting and wondered whether it had been a deliberate attempt at match-fixing.

Fan reactions are generally quite varied and spontaneous but at times also unfair and uncharitable. In Dhoni’s case it has been no different with many people wondering whether the selectors did the right thing by backing the captain of India’s 2011 World Cup winning team to deliver the goods in his fourth World Cup (2007, 2011, 2015, 2019) competition. Having got the nod from the selectors, Dhoni was expected to set the stage on fire in his farewell appearance.

Alas, that has not been the case. In the six matches (one washout) that India have played so far in the tournament, Dhoni has hardly done anything noteworthy. Sunday’s match was a big opportunity for Dhoni to show the world that he still has the fire in his belly for a scrap. Unfortunately, the spark has been missing from Dhoni’s batting in this tournament.

Assigned the No.5 spot in the batting order, Dhoni has struggled to rediscover his free-flowing game. In the match against Afghanistan last week, he made a painstaking 28 off 52 balls, inviting criticism even from Sachin Tendulkar.

However, to be fair to Dhoni, India had lost the Battle of Birmingham in the first 10 overs of their chase itself. Needing 338 runs for victory, India lost KL Rahul (0) in the third over. Virat Kohli (66) and Rohit Sharma (102) were initially all at sea against England’s five-pronged attack as India crawled to 28/1 at the end of the first 10 overs of Powerplay.

A 138-run partnership for the second wicket between Rohit and Virat barely kept India in the game even as the asking rate kept climbing had gone past 10 by then. Pant (32) did his best but when he was the fourth man out at 226, India still needed 112 runs off 65 balls.

It was a tall order but with Hardik Pandya going great guns at the other end, it wasn’t a lost cause. Dhoni, however, struggled to get going and was unable to break the shackles imposed by a disciplined England attack which was backed by electric ground fielding.

And after Pandya’s (45) dismissal, Dhoni appeared to have given up. Ditto for Kedar Jadhav. Both were jeered by a packed house as the duo accumulated 20 singles, three boundaries and one six in 31 balls they faced in course of their meaningless and unfinished sixth-wicket partnership.

The odds were too heavily stacked against Dhoni and Jadhav to pull off an unlikely victory. They would have hardly been blamed for what was essentially a collective failure, but had Dhoni and Jadhav, who remained unbeaten on 42 and 12, respectively, shown a little more enterprise, India’s margin of defeat would have been much smaller than 31 runs.

Former India captain Sourav Ganguly was scathing in his criticism of the duo on air. Kohli, as is his wont, chose to skirt the issue when quizzed by Sanjay Manjrekar at the post match presentation. “It’s up to discussions about the two guys in there. I think MS was trying really hard to get the boundary. They (England) were just bowling in good areas. We’ll have to sit down and assess and improve in the next game.,” said Kohli.

Fans also trolled Jadhav on social media with quite a few of them questioning his role in the playing XI. The Maharashtra middle-order batsman, who can also bowl off-spin, has played all the matches so far but contributed a mere 80 runs and bowled only six overs for 34 runs. Many fans are championing Ravindra Jadeja’s cause, pointing out that the Saurashtra left-arm spinner is a better all-rounder and deserves a slot in the playing XI.

With India having won five of their seven matches so far, India’s shortcomings had been brushed under the carpet. The team management now has a job on their hands to try and strike right balance in the team as the World Cup enters its business end.

Vs New Zealand: No play

(The writer is a veteran sports journalist based in Kolkata. He was formerly with The Times of India)

The author is a senior journalist based in Kolkata.