Fire Spots Down To 3 In Odisha’s Similipal After Early Morning Shower: RCCF 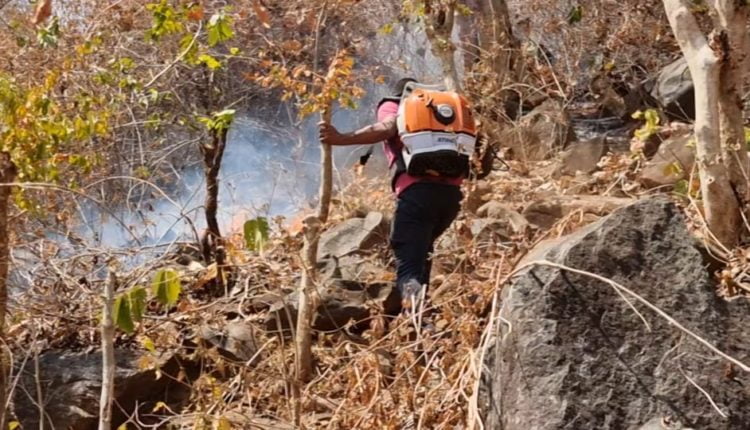 Bhubaneswar: The central team from the Ministry of Environment, Forest and Climate Change, on Saturday said that the forest fire in Similipal National Park in Odisha’s Mayurbhanj district has been brought under control.

Talking to the media, Regional Conservator of Forests (RCCF) of the Eastern Regional Office of the Ministry of Environment and Forests, Bhubaneswar, Subrat Mahapatra said that the satellite survey indicates forest fire at three places in Ranipat reserve forest in Kendumundi range.

He further said that a moderate shower in the early hours of Saturday helped douse the wildfire in some parts of Similipal, including the core areas of Naana and Jenabila forest ranges of the park.

Also Read: Central Team Arrives In Odisha; Fire Points Down To One In Similipal

WHO Clears Johnson & Johnson COVID Vaccine For Emergency Use

Central Team Arrives In Odisha; Fire Points Down To One In…