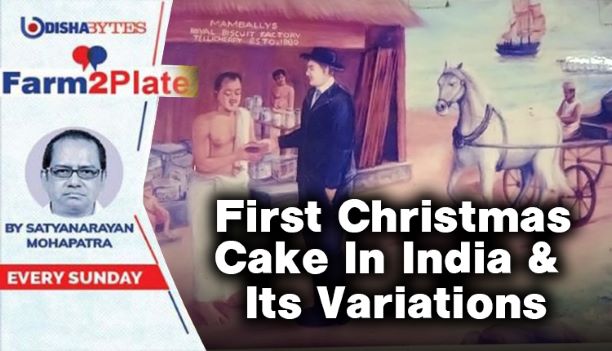 The tradition of Christmas cake might have started in the 16th century. It is a rich tradition and has been passed on through generations along with the recipe.

At present it has many variations, along with icing, aromatic spices, orange zest, castor sugar along with fruits and nuts.

Christmas cake began as a plum porridge which was eaten when the whole family sat for the main course after fasting, a day before Christmas Eve. The plum porridge took a lot of transformation – with dried fruit, spices and honey being added and christened as Christmas pudding.

In the later part of the 16th century, oatmeal was removed from the mother recipe and wheat flour, eggs and butter was the base for the batter. This helped in the binding and helped to hold the mixture – thus the plum cake was born.

Whisky Dundee, another popular variant, is a light crumbly cake with currants, raisins, cherries along with alcohol (read whisky) and wine. Another popular one is the Apple crème cake with apple, other fruits, raisins, eggs, cream cheese and whipping cream.

During COVID, the vegetarian mincemeat has become very popular among home bakers.

A leaf from Indian history

Mambally Bapu was the man who made the famous plum cake in 1883. In November 1883, a merchant named Murdock Brown went to the Royal Biscuit Factory in what is now the southern Indian state of Kerala and asked its owner (Mambally Bapu) if he would bake him a cake for Christmas. The Scot, who owned a large cinnamon plantation in Malabar region (then part of a princely state in British-ruled India), had brought a sample cake back from Britain and explained to Mambally how it was made.

Mambally knew how to bake bread and biscuits — a skill he learnt at a biscuit factory in Burma (present-day Myanmar) — but he had never made a cake. But he decided to give it a try with Mr Brown’s inputs.

The experiment came with some improvisations. Mambally mixed the cake batter with a local brew made of cashew apple, instead of the brandy which Mr Brown had suggested, getting it from the nearby French colony of Mahe.

The result was a unique plum cake made entirely from local ingredients. When Mr Brown tried it, he was so happy with the product that he ordered a dozen more.

“And that is how the first Christmas cake was made in India,” says Prakash Mambally, grandson of Mambally’s nephew.

Christmas cakes are made in advance, and it is best to store it in an airtight container upside down and pour brandy, sherry or whisky in small amounts in the holes which keep it fresh. This is known as ‘feeding’ the cake. In south-East Asian countries, it is soaked in brandy or rum, palm sugar syrup and on Christmas eve it is rinsed or sprayed with rosewater or orange flower water.

India’s Cuisine Ranked Fifth In The World; Netizens Not Happy With List