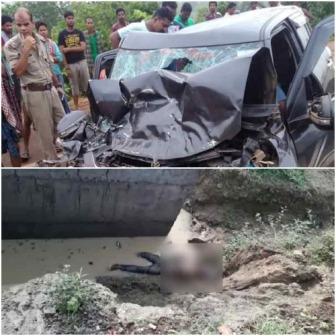 Angul/Malkangiri: Five persons were killed and three seriously injured in two separate road accidents in Angul and Malkangiri districts of Odisha in the wee hours on Saturday.

In the first incident, three persons died on the spot and two others seriously injured when a car (OD-14-H-3453) collided head-on with a truck near Naikanali Chhak on Pitiri road in Pallahara.

According to police, the mishap took place when the five persons were on the way Rourkela after attending a marriage ceremony at Jankia in Khurda district in the night.

In another incident, two persons died on the spot and one seriously injured after a bike in which they were travelling skidded off the road near Champakhari on the Vijayawada-Ranchi NH-326 in Malkangiri district.

The deceased identified as Banamali Sikudu and Sanjay Sikudu, were on the way to their village Beginguda after witnessing the Bahuda festival at Mathili when the mishap took place, police said.