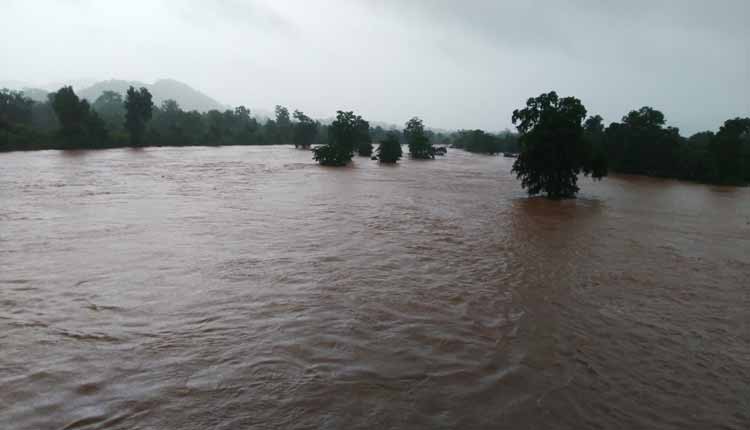 Khurda/Puri/Cuttack: The flood situation remained grim in three coastal districts of Odisha on Tuesday following rise in the water level of the Mahanadi.

In Khurda district, the floodwater of Rajua river marooned thousands of people in 20 villages of Orabara Sing, Dihakhala, Manapur, Orami and Rayapur panchayats. Reports said people could not shift rice, paddy and daily-use items at safe places as floodwater suddenly entered the villages late on Monday.

In Puri district, the floodwater had entered several low-lying villages in Kanas block.

In Cuttack district, the floodwater of the Mahanadi entered several villages in Banki sub-division. As a result, hundreds of acres of paddy crops and vegetables were submerged. Road communication from Banki to Khurda and Bhubaneswar has been disrupted with floodwater flowing on the road at Bilipada and Talabasta and Similipur villages.

Meanwhile, the water level of the Hirakud Dam recorded at 12 pm on Tuesday was 625.39 feet. While the inflow of the Mahanadi floodwater to the dam was 3,54,569 cusecs per second, the outflow from the 20 gates was 3,41,864 cusecs per second.