Focus Malkangiri: Raids, Arrests Fail To Stop Villagers From Growing Ganja; But Who Is Minting The Profit? 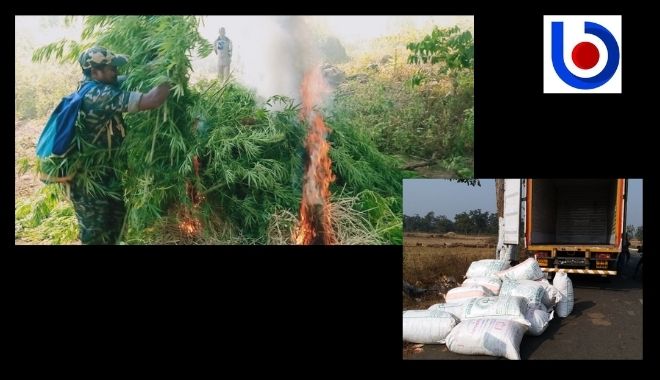 Malkangiri: Ganja cultivation thrives in almost every village tucked away in dense forests of Odisha’s Malkangiri district, about 630 km from Bhubaneswar and over 10 km from neighbouring Andhra Pradesh.

The profits being ridiculously high, residents of hundreds of villages along the banks of Balimela reservoir, which is located on the Sileru river (a tributary of Godavari), do not hesitate to risk their lives to grow the contraband.

“I have been growing ganja along the banks of Balimela reservoir for the past few years. Though the fear of police and excise officials looms large, the profit margin is so high that I didn’t think twice before taking the plunge,” says a villager of Panasgondi under Badapadar panchayat in the Swabhiman Anchal earlier known as the cut-off area. 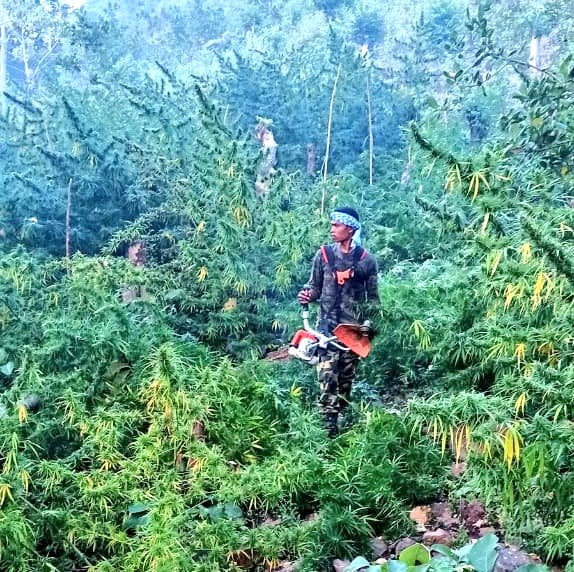 According to sources, people in seven panchayats of Swabhiman Anchal are engaged in illegal cultivation of ganja, which is grown on thousands of acres of land in the region. While the cultivation is undertaken on a massive scale in this area, smaller plantations also exist in more than 100 villages of the district.

With seeds and fertilizers being made available by traders, staying in faraway places, and the cultivation done on hill slopes, revenue and forest lands, the villagers have little to lose in the event of a raid or police crackdown.

The other reasons for the flourishing ganja cultivation in hundreds of villages in the district are alleged protection from Maoists and financial support of inter-state mafias.

“The local grass is cheaper and easy to transport because of the protection it enjoys from the Maoists,” said a police officer.

Not only is the undulating terrain and cool climate of the district conducive for growing the crop, but the thick forest cover proves to be a deterrent for raiding police and excise officials. This is not to suggest that there have been no raids on the growers, the officer added.

Though the Maoists deny providing any kind of support to the cultivation of the contraband, intelligence sources maintain that the rebels back the growers and protect the plantation to sustain their own movement.

The hilly terrain crisscrossing Odisha, Andhra Pradesh and Chhattisgarh, which provides a safe passage for the movement of Maoists, has proved to be a boon for ganja growers and smugglers. While a new tribe of middlemen has emerged, it is the innocent tribals who bear the brunt of police action when the law enforcing agencies decide to turn the heat on ganja cultivation.

A senior police officer in the district, requesting anonymity, said, “Ganja cultivation is rampant in those areas that have a strong presence of Maoists. This is enough proof of them providing protection to the cultivators from police.”

The officer further informed that while the local tribals work as labourers on the plantations, the real investment comes from the inter-state mafia in Karnataka, Andhra Pradesh and Tamil Nadu. 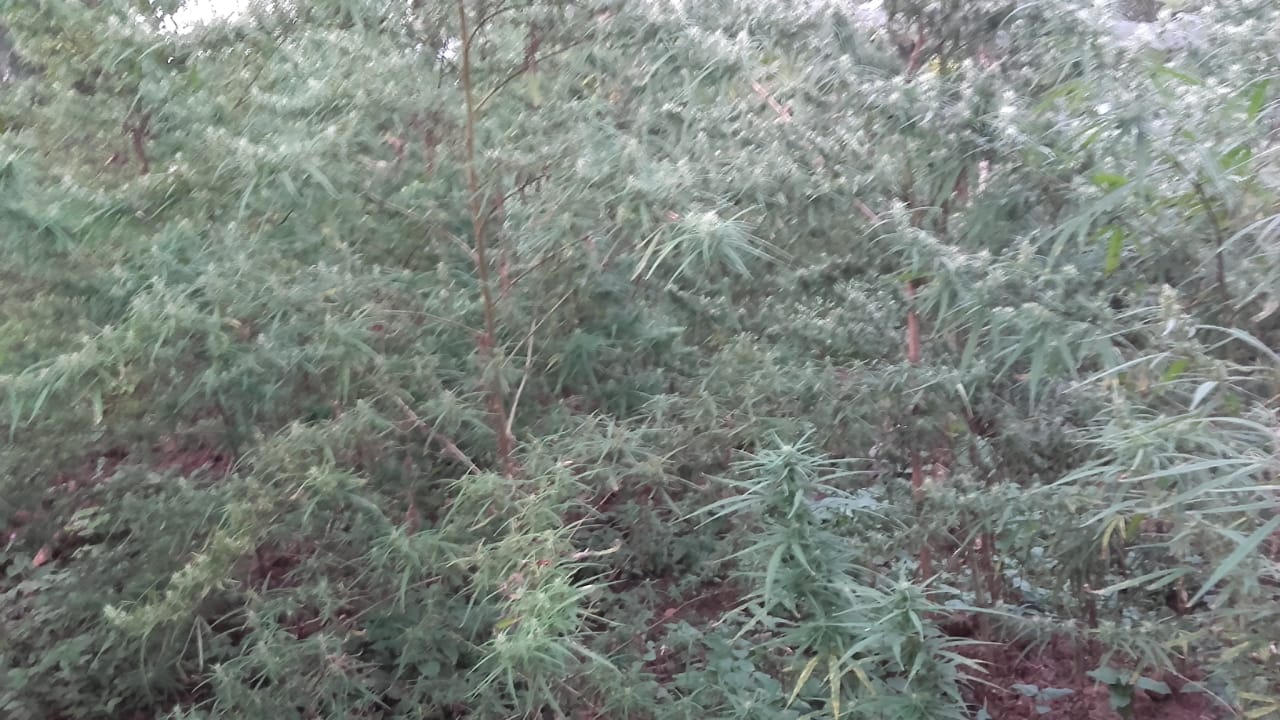 The actual growers do not benefit much from the cultivation as the stuff is procured by agents at throwaway prices ranging from Rs 300 to Rs 400 per kg. Once it reaches other destinations in the state and the neighbouring Andhra Pradesh and Chhattisgarh via loaders and motorable exit points, the price soars to Rs 10,000 and more per kg, sources said.

“Henceforth, efforts will be made to strike at the root of ganja trade. People who monitor and control the trade from outside the state will be brought under our scanner. In Koraput and Nabarangpur districts, properties of ganja mafias have been seized and it will be intensified in coming days,” warned DIG (south-western range) Rajesh Pandit.

According to police sources, ganja is smuggled to other parts of the state and outside from Malkangiri mostly by road. From Chitrakonda, the smugglers transport the contraband to Khairput-Onkadeli in Koraput district from where it is packed off to its final destination. Another route is from Khairput to Govindpally and Boipariguda and Kotpad in Koraput district to other states via Jagdalpur in Chhattisgarh. Following frequent police raids on vehicles in the recent past, the smugglers have switched to a new way of transporting cannabis. They carry ganja in slings and trek miles through forests to reach a safe point, from where it is loaded onto vehicles.

Though the near absence of a road network makes police operations difficult, huge tracts of ganja plantains have been destroyed in joint raids conducted by the police, excise and revenue officials.

“We have destroyed ganja plantations over 5429 acres of land in the district on a mission mode this year and have seized 10,600 kg ganja while being smuggled from the district to other areas. Also, at least 100 involved in ganja smuggling have been arrested and 40 vehicles used for transporting ganja seized. We have adopted zero-tolerance to ganja trade and all efforts are being taken to contain the illegal trade,” said Malkangiri SP Hrishikesh Khilari.

The villagers, however, seem unmoved by crackdowns and arrests and continue to grow the crop with smugglers minting huge profits.