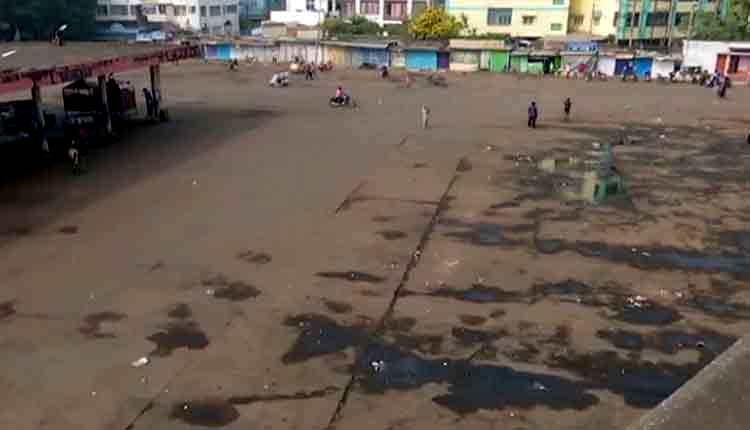 Berhampur: The private bus owners’ association of Ganjam district, who had stopped plying their buses to and from Berhampur on Tuesday in protest against the decision of the Berhampur Development Authority (BDA) to operate the private buses from the new bus terminal at Haladiapadar, went on an indefinite strike in the district on Wednesday leaving the passengers in the lurch.

According to reports, barring a few state-run Odisha State Road Transport Corporation (OSRTC) buses and city buses, not a single private bus was seen plying anywhere in the district.

About 700 private buses have stayed off the road in Berhampur, Aska, Chhatrapur and Bhanjanagar.

The BDA, which has closed the old bus stand in Berhampur city for its repair and renovation, had said that the old bus stand will be utilised for the city buses for intra-city service while the other buses plying to other parts of the district and the neighbouring districts will operate from the new bus terminal at Haladiapadar.

Protesting the decision of the BDA, the private bus owners had said that the route chart given by the BDA for the entry and exit of the private buses to and from Haladiapdar will create traffic problem for them.

From Cooking To Decor, This Odisha Family Swears By Clay!…