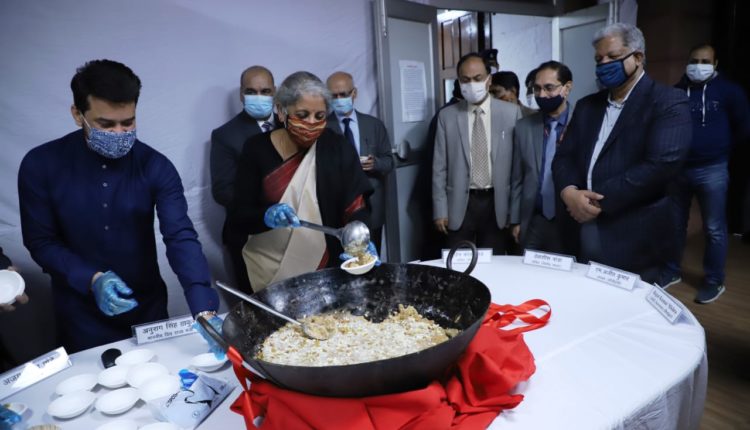 New Delhi: For the first time in India’s history, the Union Budget will be delivered in paperless form on February 1.

A Halwa ceremony was performed on Saturday in North Block in the presence of Union Finance & Corporate Affairs Minister Nirmala Sitharaman. The customary annual ceremony is held to mark the final stage of the Budget making process.

The Finance Minister also launched the ‘Union Budget Mobile App’ for hassle-free access of Budget documents by Members of Parliament (MPs) and the general public, using the simplest form of digital convenience.

According to a PIB release, the app has been developed by the National Informatics Centre (NIC), and is a user-friendly interface which includes features of downloading, printing, search, zoom in and out, bidirectional scrolling, table of contents and external links, etc.

The Budget documents will be available on the app after the Finance minister completes her Budget speech in Parliament on February 1.