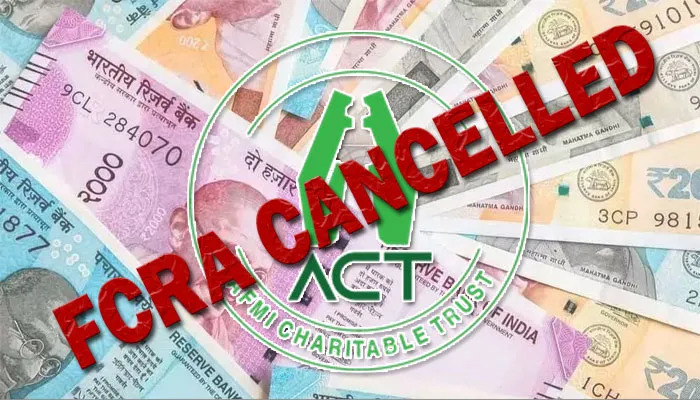 New Delhi: The Central government has cancelled the registration of 6,677 NGOs between 2017 and 2021, Union Minister of State for Home Nityanand Rai informed in Rajya Sabha on Wednesday.

Rai said registration of these NGOs were cancelled under Foreign Contribution (Regulation) Act (FCRA), 2010, for violation of various provisions of the law. Consequently, these NGOs won’t be eligible for foreign funding for a period of three years from the date of cancellation of registration.

Of the cancelled registrations, the most NGOs were in Tamil Nadu – 755.

Maharashtra followed, with 734 NGOs, Uttar Pradesh had 635, Andhra Pradesh 622 and West Bengal 611, the minister said in reply to a written question.

Rai further said FCRA licence of Rajiv Gandhi Foundation (RGF) was cancelled under section 14, and violation of provisions under 11 and section 12(4)(a)(vi) of the FCRA.

Section 14 pertains to not being engaged in any reasonable activity in its chosen field for the benefit of the society for two consecutive years or has become defunct), while section 11 refers to no person having a definite cultural, economic, educational, religious or social programme shall accept foreign contribution unless such person obtains a certificate of registration from the central government. Section 12(4)(a)(vi) says not to use foreign contribution for personal gains and divert it for undesirable purposes.

FCRA licence of Rajiv Gandhi Charitable Trust (RGCT) was cancelled under section 14 of FCRA and violation of provisions under section 8(1)(a) (foreign contribution should be used for the purposes it was received) and section 11.