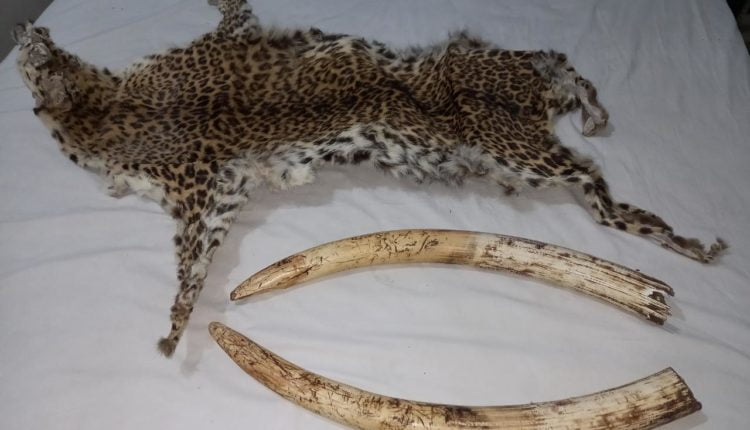 Keonjhar: Incidents of poachers targeting elephants, leopards and other wild animals is rampant in Odisha. And poor management by the Forest Department and negligence of forest personnel are giving a free run to wildlife smugglers, activists have alleged.

Though the government has been arresting poachers from time to time, the killers are being acquitted due to tardy investigations by forest officials, they added.

“Poachers are indulging in mindless killing of elephants and leopards in Odisha to extract their tusks and skins. The state government, on the other hand, has not been able to contain such ghastly acts because of inadequate focus on the issue,” said a wildlife activist.

The issue reared its head again on Sunday when three wildlife smugglers were arrested and a number of elephant tusks and leopard skins were seized from Keonjhar and Mayurbhanj districts.

According to reports, Crime Branch officials got a tip-off about the smuggling of wildlife products and raided the spot where the deal was going on. They arrested three smugglers and seized the tusks and skins from them.

Notwithstanding the latest arrests, several instances of alleged negligence by foresters have come to the fore recently.

On Saturday, a forest official and guard were suspended after two elephants were run over by a goods train at Mahipani, 30 km away from Rourkela.

On December 14 last year, two Odisha Police constables were arrested for poaching in the core area of Similipal Tiger Reserve. A country made gun along with carcass of a barking deer was seized from their possession.

Nandankanan Zoological Park In Bhubaneswar Gets 18 Animals From Aizawl Zoo