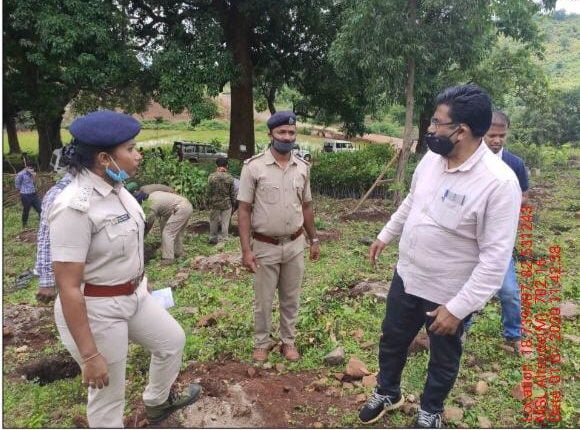 Bhubaneswar: From conservation of forests to providing livelihood to people, Odisha’s Dibya Madhuri Sethi has set an example for others.

On the occasion of International Women’s Day, Odisha Bytes raises a toast to this Forest Range Officer in Koraput district for her initiatives to empower other women.

After taking over as the Forest Range Officer of Baipariguda Range under Jeypore Forest Division, Dibya had noticed many salap trees (Caryata urens) in the area.

“People used the salap to make liquor only. Both women and men used to drink this liquor during ceremonies as well,” said Dibya.

“I was interested to develop their livelihood. My team and I knew that jaggery can be produced from salap. It also has medicinal properties. We organised a meeting with the villagers to convince them to make jaggery out of salap. It was very difficult then to convince them. Few people were interested in this work. We experimented first. When we were successful, many people joined us,” she added.

“Before producing jaggery, we called some resource persons from Phulbani and conducted workshops. They gave training to the villagers who were interested to produce salap jaggery. The taste was very good also,” said Dibya. 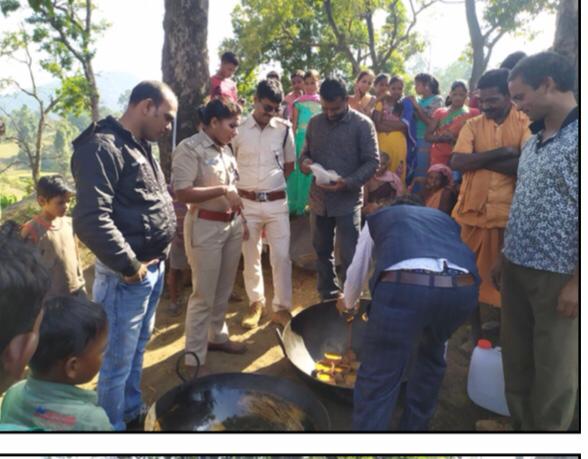 Both women and men of Saradajodi and  Bharwabadi villages have been producing Salapa Guda (jaggery) since then.

“With the help of ORMAS, we first put up this jaggery for sale at Sisira Sarasa Mela in Bhubaneswar. Within one-and-a-half hours, around 200 kg jaggery were sold. We were very happy that we could sell all the jaggery produced by the villagers,” she informed.

Notably, salap used to be available in the local areas from the beginning of winter till the start of summer.

Besides, with the help of local women, Dibya and her team have started producing ripe jackfruit chips and Sapuri jaggery chips.

“Only women have been engaged in producing and packaging the jackfruit chips. People are also loving it very much,” said Dibya. 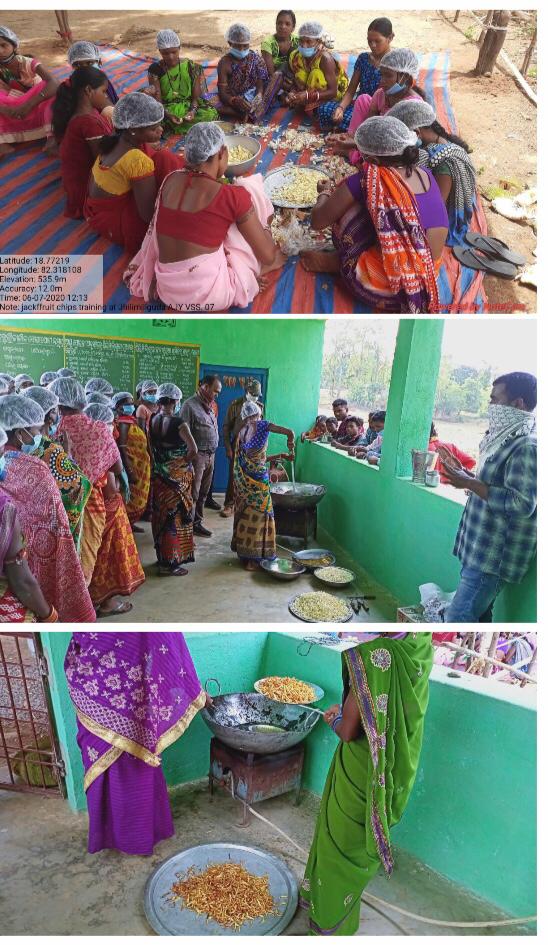 “We can facilitate both women and men for their livelihood. We are giving them training rigorously. We will also show them how to earn profits with their produce. Then they will have to carry forward the work. After all, I won’t be here for them always. My team members may get changed in future too,” she added.

Dibya with her team had also rescued two pangolins in two years and busted a racket also. 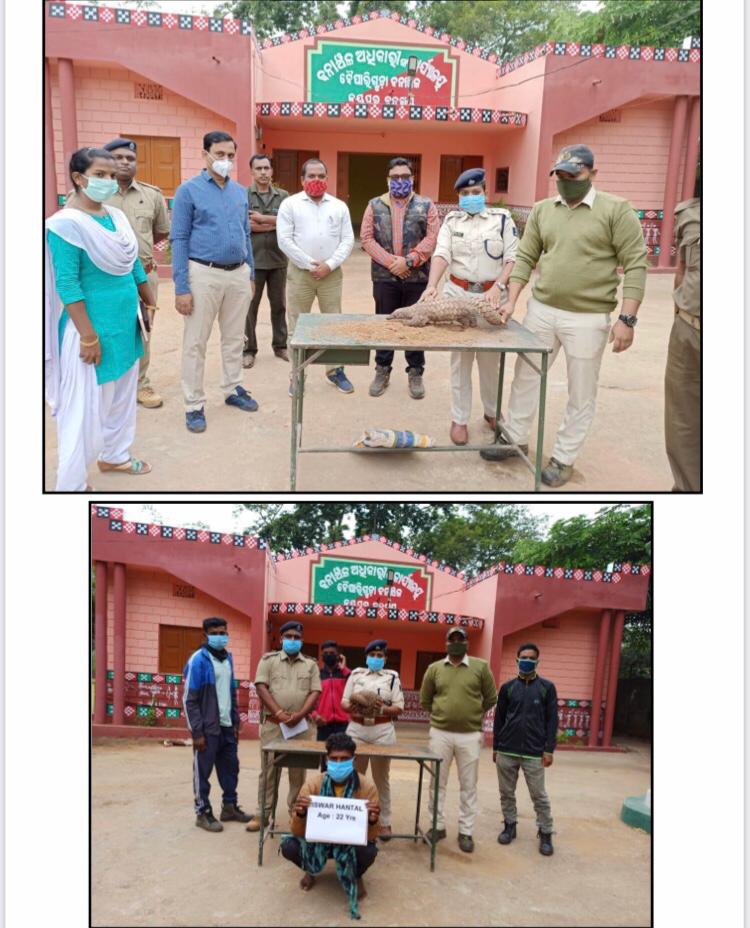 “By forming Van Suraksha Samiti (VSS), we are able to control forest fires. We are going to each and every village to convince the villagers not to set fire in jungle. We have told them to call us when there is fire. We have told people that jungle is their place and livelihood. They should not destroy their own place,” said 28-year-old Dibya.

“But, for shifting cultivation, sometimes they are burning the land in revenue areas,” she added.

“Besides, we have planted trees in more than 500 hundred hectare areas,” said Dibya.

“My interest in forest conservation developed during my graduation as I was a forestry student. I always wanted to do some initiatives for the betterment of people,” she added.

“My next plan is to provide employment to women by giving them seed for a fruit garden. We will give them pineapple and watermelon seed for fruit cultivation in their land. Women should be smart enough to handle their family,” said Dibya.

Notably, Dibya and Karanjia Forest Range Officer Pitambar Sethi will get State-level Forestry Award on March 21 on the occasion of World Forest Day this year.

About the award, Dibya said, “I am dedicating this award to the people, without whom, I couldn’t create the forest and stop the forest fire.” 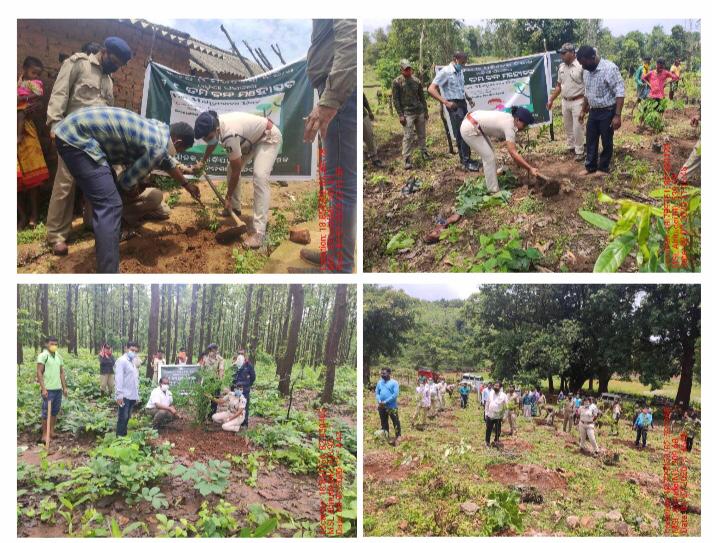 Dibya was born in Koraput and completed her schooling in Kendriyta Vidyalaya there. Then she did her graduation in Forestry from OUAT, Bhubaneswar.

She qualified as OFS in 2018 and joined as Baipariguda Forest Range Officer in September 2019.

Her father Duryadhon Sethi is an executive engineer and mother, a teacher.

“Being a woman, I can understand the problems of women closely. That is why I want to make them self sufficient,” said Dibya.

Changing The Way Bhubaneswar Parties! Check Out This Club…