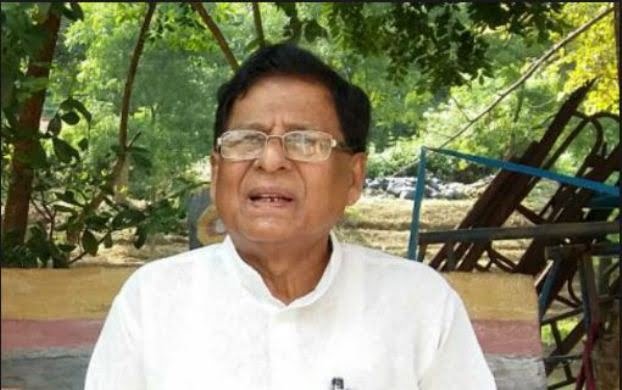 Parida had been suffering from lymphoma for the last one year and was admitted to the hospital about 10 days ago. He died at around 10.45 this morning, hospital sources said.

Born on February 15, 1941, at Srirampur village in Jajpur district, Parida was elected to Rajya Sabha in July 2010. He had played a major role in the implementation of Odisha Official Language Act, 1954.

A staunch follower of Karl Marx and his ideology, Parida was a member of the Communist Party of India (CPI) from 1960 to 1992. Later, he was involved in trade union and the labour movement in West Bengal. He was elected as a member of Executive Committee of West Bengal Students Federation in 1964.

In 1974, Parida went to Moscow with his family for a special assignment for Indo-Soviet coordination. During his stay until 1989, he had held several positions. He was the correspondent of RIA Novosti from 1984 to 1989. He was elected as the general secretary of the Indian Association in 1988. During this period, he was also the special correspondent of the Odia vernacular daily, The Samaja and Eastern Media for East European countries.

After returning to Odisha in 1989, Parida quit the CPI due to differences with the party leaders on the Marxist ideology in Indian reality. In 1993, he joined Indian National Congress and remained in the party till 1998. Later, he left the Congress and joined the Samajwadi Party in 1999 as its state president. However, he resigned from the party in 2008 and joined the BJD.