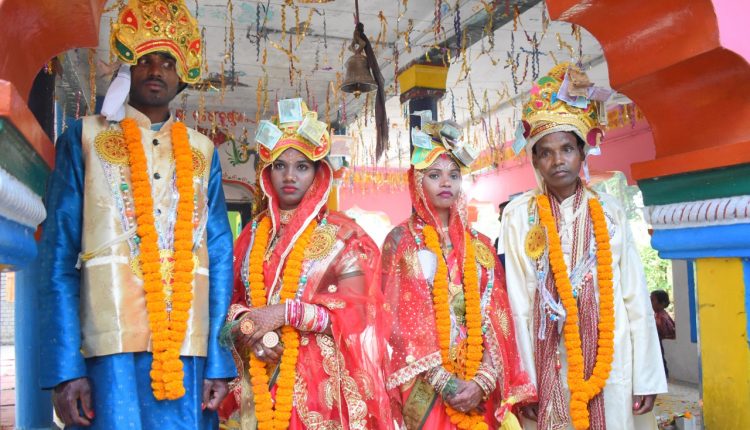 Bhubaneswar: Two women Maoists, who had surrendered earlier, got married to the life partners of their choice on Sunday with the support of police in Odisha’s Kandhamal.

One of them is Sapnita Patamajhi (Nandini), who quit left wing extremism in 2019 after working with Maoists for more than 18 months. She had surrendered before the Superintendent of Police, Kandhamal.

Similarly, Phulbati Usendi (Karuna) worked with Maoists for 13 years before quitting the outlawed organisation in 2021. She had surrendered before the Director General of Police.

Both Nandini and Karuna were rehabilitated under the government schemes and earned their living with dignity, police sources said.

After coming to know about their intent to get married, Kandhamal police extended support and helped in their wedding. Their weddings were held in the presence of police personnel, friends and relatives on Sunday.

The district police of Kandhamal wishes the newly weds and urged people in the LWE movement to shun violence and join the mainstream.