It will not be incorrect to construe that poor nutritional status continues to be a significant risk factor in augmenting growth of tuberculosis (TB) infections in communities. However, it is well studied that the major challenges to control TB include poor primary healthcare infrastructure in rural areas, unregulated private healthcare leading to widespread irrational use of anti-TB drugs, spreading of HIV infection (co-infections of HIV and TB adversely impacts the TB control efforts), poverty, and a lack of political will.

Communities continue to face the challenges of TB control, which can be largely bifurcated into key areas — inadequate diagnostics and treatment, need for expansion of the Directly Observed Therapy short course (DOTS) programme, multidrug-resistant tuberculosis (MDRTB) and HIV co-infection.

The United Nations Sustainable Development Goals (SDGs) include ending the TB epidemic by 2030 under Goal 3. Tuberculosis is the second-most common cause of death from infectious disease (after HIV/AIDS).

According to leading health scientist and renowned epidemiologist Dr Jai P Narain, TB is an ancient disease which remains even today as one of the leading causes of morbidity and mortality particularly in low and middle-income countries. 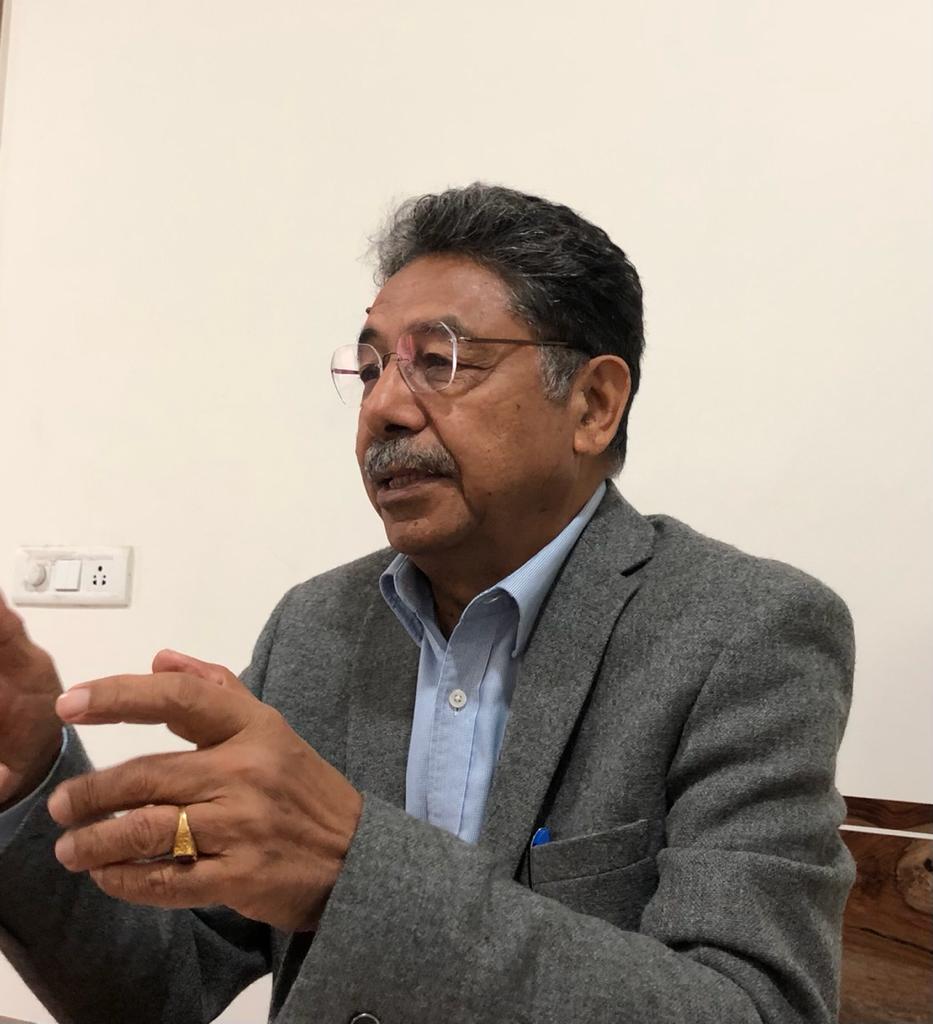 India has the highest burden in terms of absolute numbers with 2.1 million cases.

Some identified reasons for a high burden in some countries include population size in terms of absolute number of TB cases and deaths, presence of risk factors such as malnutrition, HIV prevalence, diabetes, tobacco use etc and relatively poor and over-stretched health systems.

Conventional clinicians often opined that people with weaker demeanour, like malnourished, are more vulnerable to ‘Kshay rog’ (a traditional term used for TB). Dr Narain emphasized that TB is a disease of poverty and therefore, it is linked with undernutrition, which has a bi-directional relationship. Undernutrition increases the risk of TB and TB can in turn lead to malnutrition. Studies show that undernutrition is an important risk factor for progression from latent TB infection to active TB disease and that undernutrition is an important determinant of increased drug toxicity, TB relapse and risk of death of a TB patient.

UN health agency WHO issued guidelines which provide clear guidance on nutritional care and support to patients with TB as part of their regular TB care. In addition, nutrition supplementation of patients with TB is associated with faster sputum conversion, higher treatment completion and cure rate, gain in body weight and can also help mitigate, to some extent, the risk of negative financial consequences of the disease. Dr Narain further stated that the Indian government has initiated various social support schemes (including nutrition supplementation schemes) and policies at the Centre as well as state levels. Innovative actions such as these are needed to reduce the burden and achieve the goals of ‘Ending TB by 2025’.

Increasingly, the drug resistant TB is throwing a mammoth challenge to health systems. Dr Narain observed that it’s difficult to treat and manage as treatment takes longer and is more expensive.

“Resistance to anti-TB drugs can occur when these drugs are misused or mismanaged. For example when patients are not able to take the full course of treatment as advised by the doctor; or when health-care providers prescribe the wrong treatment, the wrong dose, or duration of drug intake; or when the supply of drugs is not available”.

Therefore, public health managers need to focus on ‘back to basics’ by ensuring treatment adherence, which is a critical part of TB programmes worldwide, thus mitigating the risk of MDR-TB. Dr Narain emphasised that the most important thing to prevent spread of MDR-TB is for patients to take all medications exactly as prescribed by their healthcare provider. No doses should be missed and treatment should not be stopped early. It is anticipated that the healthcare providers can help prevent MDR TB by quickly diagnosing cases, following national treatment guidelines, monitoring patients’ response to treatment, and making sure therapy is completed.

Data demonstrate how the COVID-19 pandemic has adversely impacted the TB programmes. Dr Narain said that challenges were profound, especially in providing and accessing essential TB services — in part, due to disruption in supply chains. A large number of patients were not diagnosed or put in treatment. Fewer TB patients diagnosed and treated means that they continue to further transmit disease in the community. With this there was an increase in TB deaths and continued community transmission.

It was further confirmed recently through the global TB report that TB cases and deaths after many years of decline have increased for the first time in 2021, compared to 2020.

India committed itself to eliminate TB by 2025, which was five years ahead of the goal set for the rest of the world. This setting is also construed both a challenge as well as an opportunity.

Dr Narain earmarked four strategic investments which are an absolute essential for achieving TB elimination — (i) Highest level of political will like India, robust policies and plans, and supportive health system to deliver services; (ii) Integrating people-centered care and prevention including latent TB and preventive therapy; (iii) Engagement and partnerships including to address social determinants of health including nutritional support; (iv) Research and innovation (e.g. Indian government’s flagship initiative Aashwasan campaign (100 days of active case finding) was carried out across all 174 tribal districts resulting in yield of additional 10,000 TB cases.

It is established that not every individual who gets infected would develop the disease; the immune system can cope with the infection and the bacterium can remain dormant for years. Better nutritional status helps in building immunity and thus, reduces the probability of infection gripping the system.

If countries eradicate poverty and undernourishment, educate the masses and eliminate the stigma attached with TB, we can hope for a disease-free future. Accessibility, affordability, quality and equity play the major four pillars in ensuring results-driven TB control and management. And better nutrition strategies play a vital role in achieving TB control objectives.