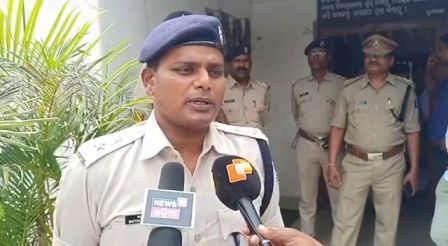 Bhawanipatna: Police on Tuesday said they were interrogating four persons in connection with the gang rape of a college girl inside a forest in Junagarh area in Kalahandi district on September 14. The four were detained on Monday night.

“Interrogation of the four persons is underway at different locations. We hope that the accused will be arrested within 24 hours,” SP (Kalahandi) B Gangadhar told the media.

Also on Tuesday, the chairperson of the State Commission for Women, Minati Behera, went to Junagarh police station and collected information about the incident. Behera later met the victim at the Junagarh hospital where she is undergoing treatment.

Talking to mediapersons, she said police have provided information on how and under what circumstances the incident had taken place. She also said efforts were on to remove the video of the crime which was uploaded on social media.

“All measures are being taken to ensure stringent punishment for the anti-socials so that will not dare to commit such offences in future,” she added

To a question on the safety of the women in the state, Behera said the women in Odisha are safe. “Some anti-social elements in the state have resorted to such heinous crime for which the women will give them a befitting reply,” she maintained.

In another development, the lawyers of Junagarh Bar Association unanimously decided on Tuesday not to defend the accused in court.

Notably, the victim complained to police on Sunday that she had gone to Bhawanipatna on September 14 for treatment. But she missed the bus back to her village and stayed in a girls’ hostel. Later, she asked a youth on a bike for a lift to her village.

On the way, the duo was waylaid by the miscreants near a temple between Kalahandi and Bhawanipatna on NH-26. They then dragged the college student to the Jaring forest behind the temple and gang-raped her at knife point.

The video of the incident shows that the youth who gave a lift to the girl, pleading with the perpetrators to free her.

It’s Raining Offers On Two-Wheelers Ahead Of Festive Season