Four From Odisha To Be Conferred With Padma Shri This Year 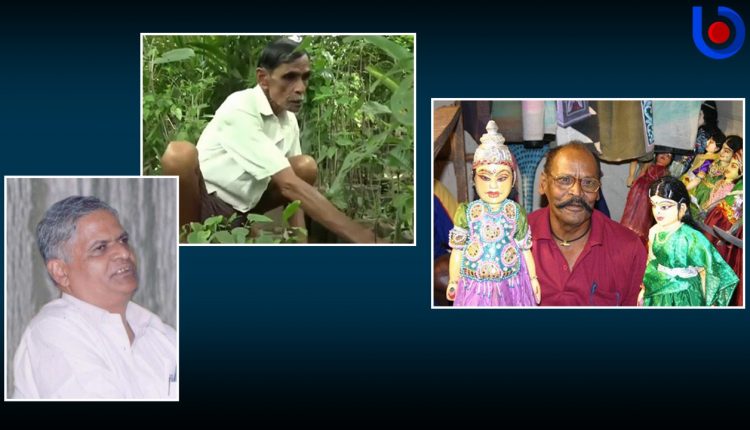 Bhubaneswar: Eminent artist and puppeteer Magunicharan Kuanr and noted litterateur Antaryami Mishra are among the four from Odisha who will be conferred with Padma Shri awards this year.

Popular folk singer Krishna Patel, who lent her voice to Sambalpuri cult-song ‘Rangabati Rangabati’ with Jitendriya Haripa, and agriculturist Patayat Sahu, whom Prime Minister Narendra Modi had praised for creating a medicinal plant garden, have also been selected for the prestigious award for 2023.

The Ministry of Home Affairs on Wednesday announced names of 106 personalities from different fields who will be conferred with Padma awards by the President. The list comprises 6 Padma Vibhushan, 9 Padma Bhushan and 91 Padma Shri awards. 19 of the awardees are women, 2 are from the category of Foreigners/NRI/PIO/OCI and 7 are posthumous awardees.

Kuanr belongs to a family of traditional puppeteers. He was initiated into the art of Kandhei Nach, which employs rod puppets, by his father Baishnab Charan Kuanr. He has been honoured by Odisha Sangeet Natak Akademi for his contribution to the traditional puppetry of Odisha.

Suryakumar Is ICC’s T20I Cricketer Of Year; Renuka Singh A Winner Too