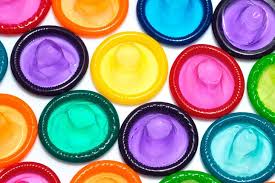 French President Emmanuel Macron made the announcement in a bid to reduce unwanted pregnancies and spread of sexually transmitted diseases (STDs).

“In pharmacies, condoms will be free for those aged 18 to 25 from January 1,” Macron said during a health debate with youngsters at Poitiers, in western France, calling it a “small revolution for contraception”.

Condoms are already reimbursed by the national healthcare system in France, prescribed by a doctor or midwife.

The plan to make condoms available free of cost comes in the backdrop of free birth control being offered to women under 25.

The scheme was expanded to include those under 18 to ensure young girls did not stop taking contraception if they could not afford it.

“We are not very good on this subject. The reality is very, very different from theory. It’s an area where we need to much better educate our teachers,” Macron said on sexual education in France.