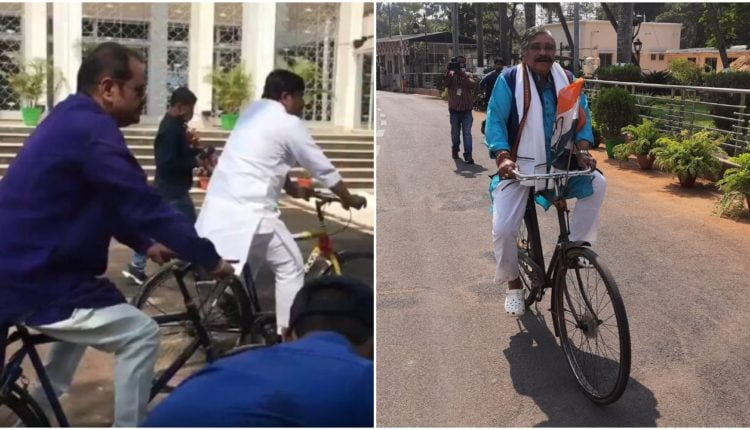 Bhubaneswar:  Three legislators of the opposition Congress on Tuesday reached the Odisha Assembly complex here on bicycles as a mark of protest against the rising fuel prices.

Talking to mediapersons, the three Congress MLAs Tara Prasad Bahinipati, Suresh Routray and Adhiraj Panigrahi said that the soaring fuel prices would affect the common man as essential commodities would then become costlier.

“We urge the Centre to immediately reduce the Central Excise tax and the state government to bring down the value-added tax (VAT) to stabilise the fuel prices,” Bahinipati said.

Referring to the steps taken by the Chhattisgarh government, he said that the fuel prices in the neighbouring state have come down to about Rs 10-12 per litre due to the reduction in VAT. The Odisha government should take similar steps to give a breather to the people, he said.

“We had urged the Speaker for an intense deliberation on this issue in the Assembly and he has allowed a discussion on it during the Zero Hour today,” Bahinipati added.