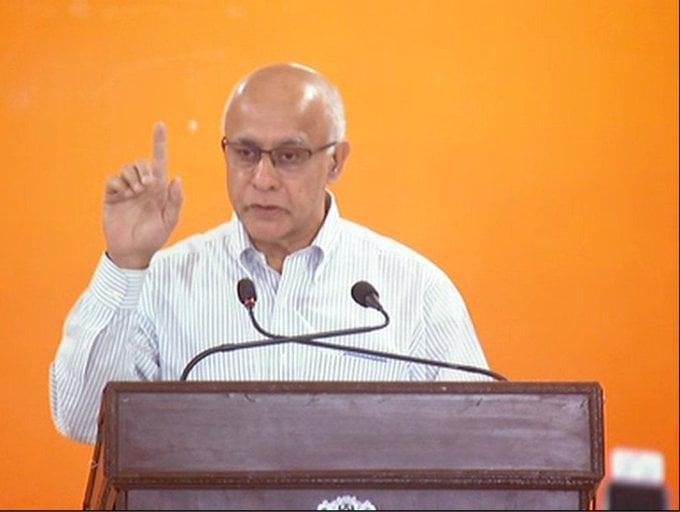 Bhubaneswar: The city based SAI International Education Group hosted the first chapter of SAI Thought Leadership — a series of discussion sessions focused on the nation’s development.

The topic of discussion for the session was “Moving the Mountains: Managing Crisis” where Bagchi emphasised on an action plan on how leaders, educational institutions/ organisations should combat the crisis prevalent in the current scenario.

On being asked whether one should be the law-abiding Ram or the law-breaking Krishna, he was quoted as saying in a release, “I know it’s a tricky question but Ram and Krishna both are incarnations of Vishnu. These kinds of situations created in mythology actually establish a simple idea. It is that the truth which will always be present itself in contradictions. You have a choice to either get lost in the truth or face the contradictions. These kinds of difficult situations based in mythology are only created to push us to ask deeper questions. In mythology, we must know that ‘In Krishna, Rama is speaking and in Rama, Krishna is speaking”.

SAI Thought Leadership is a learning platform where trendsetters in their own fields deliberate on a plethora of relevant issues and subjects with a focus on the holistic development.