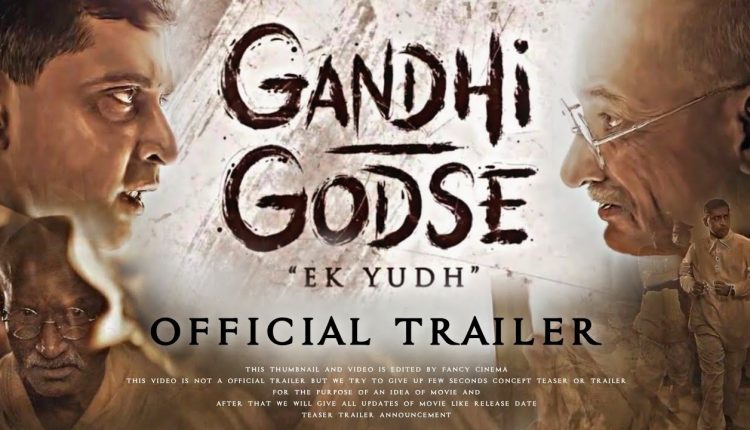 New Delhi: Filmmaker Rajkumar Santoshi, who allegedly received death threats over the content of his upcoming film ‘Gandhi Godse: Ek Yudh’, filmmaker Rajkumar Santoshi, on Monday, filed a police complaint and requested additional security for himself. Santoshi wrote a letter to the Special Commissioner of Police Deven Bharti and reported that ever since a group of people with vested interests interrupted one of his press conferences, he has been receiving death threats online, according to news reports.

“Later several threats were received from some unknown people asking me to stop the release and promotion of this movie. I feel unsafe and I submit that grave damage and injury could be caused to me and my family members if such persons are set free,” Santoshi said in the letter.

The filmmaker requested the police officials to take the necessary steps, in connection to the complaint.

“I request you to urgently provide me with additional security to protect myself and other members of my family,” the filmmaker, known for making hard-hitting dramas such as ‘Ghayal’, ‘Damini’, and ‘Pukar, added.

During a press conference of ‘Gandhi Godse: Ek Yudh’, which was held on Friday, a few protesters, who posed as media personnel, waved black flags and shouted slogans like “Mahatma Gandhi Zindabaad”. They claimed the film undermines the legacy of Mahatma Gandhi and glorifies his assassin, Nathuram Godse. The makers of the film reported the incident to the police immediately to avoid any unpleasant situation.

Written and helmed by Santoshi, the film depicts the war between the two opposing ideologies between Gandhi and Godse. It features Deepak Antani and Chinmay Mandlekar as Mahatma Gandhi and Nathuram Godse, respectively. Backed by Santoshi Productions LLP and PVR Pictures, the film is scheduled to hit theatres on January 26.