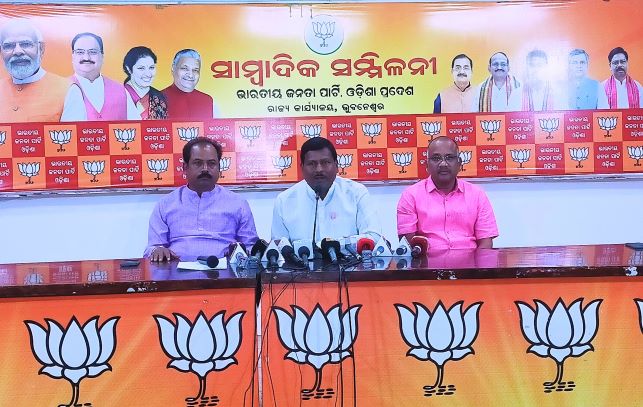 Speaking to media persons at party office in Bhubaneswar on Tuesday, BJP’s Scheduled Caste Morcha president Bibhu Prasad Tarai said earlier the chief minister himself had admitted rampant percentage culture in the state administration and now the minister has pointed out corruption in the police department.

“While the NCRB report states that atrocities on SC and ST have been rising at the rate of 80% every year, more than 22,000 such cases are pending in courts as the police have not filed chargesheets. It reveals the anti-Dalit policy of the state government,” Tarai said.

“It is unfortunate that the minister has come out with such a statement at a time when several cases of Dalit atrocities like Bebina of Pipili, Sasmita of Kunduli and pregnant woman Mula Nayak of Rayagada have exposed the nexus of BJD leaders and police in suppressing those,” the BJP leader said.

Stating that the minister has failed in his duty to ensure protection and security to SC/ST communities in the state, Tarai said the chief minister should seek his resignation and apologise to Dalits, Adivasis and women.

Minister Behera on Monday had questioned the integrity of some police officers and lawyers, accusing them of abusing the victim compensation scheme in SC & ST atrocity cases. It has come to notice that a nexus exists between some lawyers and police officers who take commission from compensation amount of SC/ST atrocity cases misusing the scheme, he said in Bhubaneswar.

Stating that many people have approached him for compensation in such cases, he said most of these were related to dowry and SC/ST atrocities. Claiming that many SC/ST atrocity cases were politically motivated, Behera said the legal sections in atrocity cases, including the Scheduled Castes and Scheduled Tribes (Prevention of Atrocities) Act, are being used as a political tool to harass others.