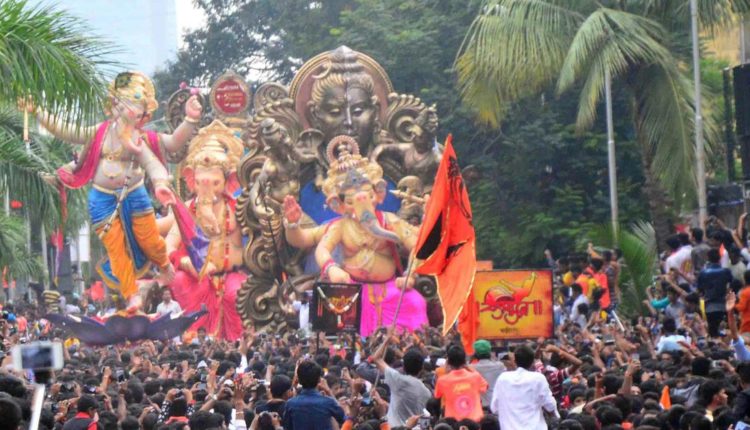 Mumbai: Ganpati festival, the most-awaited, for Mumbaikars is just round the corner. However, with the ongoing Coronavirus, the authorities are churning out ways to observe the festival in a safe and secure environment.

The Mumbai civic body has urged Ganesh mandals this year to follow the concept of ‘one ward-one Ganpati’ in prominent areas like Juhu, Andheri, and Versova to contain the virus from spreading further.

Mumbai is one of the worst-COVID-hit cities in the country. Assistant Municipal Commissioner, K-West ward Vishwas Mote, which covers Andheri-West, Juhu, Versova, and other areas, made this appeal in a letter to the Ganpati mandals last week, according to media reports.

Nearly 150 Ganpati mandals are located in the K-West civic ward alone. According to Brihanmumbai Municipal Corporation (BMC) data, the ward has a total of 5,813 COVID-19 cases with 258 deaths. It is also fourth-ranked in the number of coronavirus cases among the 24 civic wards in the city.

As per a report by the Financial Express, in the letter, Mote wrote that he has already urged all corporators in the K-West ward to implement the concept of ‘one ward-one Ganpati’.

This year, for idol immersion, artificial lakes will be made for each of these wards. The civic authorities also plan on requesting people to hand over their Ganpatis for immersion at their building gates. All the steps are being taken to avoid overcrowding, maintain social distancing, and keep the safety of people intact, Mote further added in the letter.

Ganesh Chaturthi, the ten-day festival begins from August 22 this year. Moreover, the height of the Ganpati idols this year has been restricted to four feet only. Earlier this month, Maharashtra CM Uddhav Thackrey had also requested puja mandals to avoid the crowd and concentrate on social work.

Birthday Wishes Pour In For Naseeruddin Shah As He Turns 70