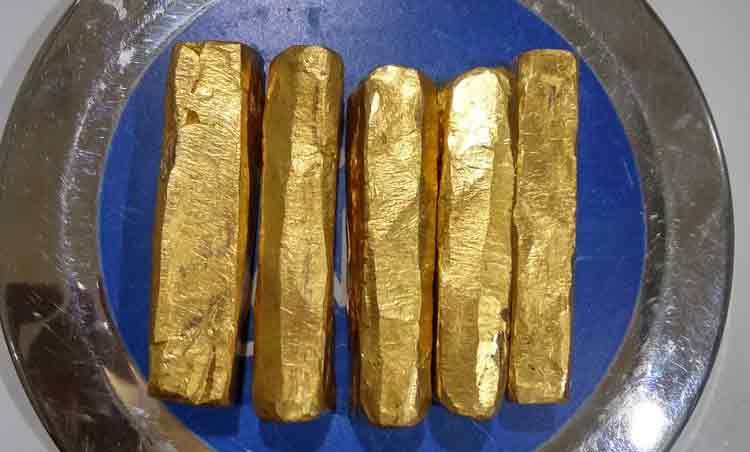 Rourkela: The gold seized from two traders travelling in Howrah-Mumbai Gyaneswari Express was smuggled from China and UAE, officials of the Directorate of Revenue Intelligence (DRI) said on Friday.

On Thursday, DRI officials had arrested the two traders, Dhanraj Mahadev Yadav and Rahul RN, for allegedly smuggling 110 gold biscuits worth around Rs 5 crore. The accused were arrested from the train at a place between Jharsuguda and Rajgangpur.

A DRI official told the media that the accused have confessed they were carrying the smuggled gold from UAE and China to Mumbai. “We are probing the gold smuggling racket and its modus operandi,” he added.