Google Mulls Merging Duo And Meet To Compete With Zoom 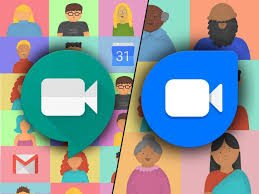 New Delhi: Google might merge Duo and Meet to have Google Meet as the only video-calling service for regular and enterprise customers in a bid to compete with the increasingly popular Zoom.

As Duo gets phased out, some of its salient features will make their way to the video-conferencing app Google Meet, which has been made free for all users.

According to an XDA Developers report, end-to-end encryption, 3D effects and contacting users for a video via phone number are some of these features.

The merger and resulting phase-out will take some time, so for the time being the Duo app can be used.

Privacy Concerns Grow As WhatsApp Groups Show Up On Google…