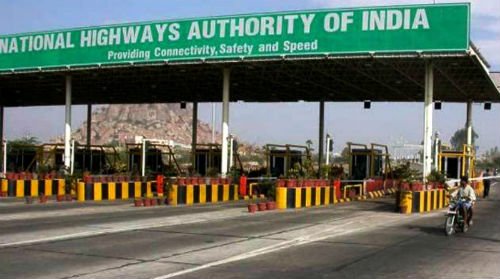 Bhubaneswar: With the National Highway (NH) 49 in Dwarasuni ghat of Mayurbhanj district witnessing frequent road accidents due to poor maintenance of the stretch, the state government has expressed its displeasure to the National Highways Authority of India (MHAI) for its indifference to the issue.

In a letter to the NHAI’s chief general manager, Odisha region, on Friday, principal secretary, Transport department Bishnupada Sethi said Dwarasuni ghat has turned a hazardous spot where accidents have been taking place frequently due to lack of road maintenance.

Stating that the issue is discussed regularly at the meetings of District Road Safety Committee (DRSC), Sethi said the NHAI’s project director (PD) in Balasore never felt it necessary to attend the meetings. “In spite of intimation, the project director did not attend the meeting and instead sent his representatives which indicates his negligent attitude towards road safety, orders of Mayurbhanj collector and directions of the Supreme Court committee,” he added.

At the same time, the project director’s representative always took the plea that repair of the stretch could not be taken up until completion of four-laning work in the district.

The state government has expressed its displeasure to the National Highways Authority of India (MHAI) over poor maintenance of a stretch on Dwarasuni ghat on NH-49 in Mayurbhanj district. Frequent road accidents on the ghat road have been a cause of concern for the government.

Mayurbhanj is one of the vulnerable districts from the point of road safety. At least 312 people died in 540 accidents in the district in 2021. Dwarasuni ghat is a hazardous spot in Mayurbhanj where accidents have been occurring every month, read a letter by the commerce and transport secretary Bishnupada Sethi to the NHAI’s chief general manager, Odisha region, on Friday.

Though the Mayurbhanj district collector regularly raised the issue involving the unsafe ghat road in the district road safety committee meetings, the NHAI did precious little to repair the road. “Human lives are not so cheap and cannot be sacrificed till the road is converted into four-lane,” Sethi said.

Enclosing a road survey report by Mayurbhanj RTO and photographs of NH at various locations, Sethi said the photos show a gloomy picture as NH roads lack safety measures. Stating that the state government always accorded top priority to road safety to reduce loss of lives, Sethi said the attitude of the NHAI towards it is discouraging.

He urged the NHAI to conduct a survey at Dwarasuni ghat and immediately repair the road to prevent accidents.