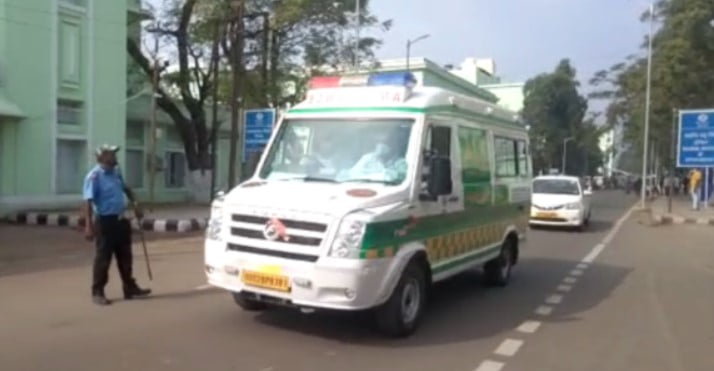 Bhubaneswar: A green corridor was created from SCB Medical College and Hospital in Cuttack to Bhubaneswar airport to facilitate transfer of a critical patient in air ambulance on Saturday.

According to sources, the patient, Indramani Pani, who is the father of Surat Municipal Commissioner in Gujarat Banchhanidhi Pani, was undergoing treatment for kidney related ailments at SCB Medical for last few days. He was shifted to ICU and kept under observation after his condition deteriorated.

As the patient’s condition became critical on Saturday morning, the hospital authorities made arrangements for air-lifting him from Bhubaneswar airport to Surat. After the air ambulance was kept ready, a green corridor was created from SCB to Bhubaneswar airport.

Pani was taken in a special ambulance with police escort in the green corridor passing through College Square, OMP and Phulnakhara to Biju Patnaik International Airport. Immediately after arriving at the airport, the air ambulance took off with Pani.