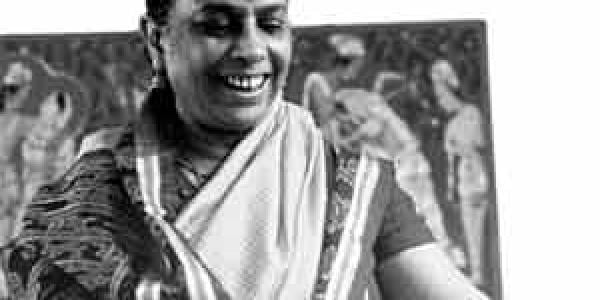 Bhubaneswar: It was a marriage made in heaven and executed in earth. It was a union between two artistes, which was rare and remarkable for its trust affection and mutual dependence.

And in behaviour, as well as in conversation, Guru Kelucharan Mohapatra made it apparent that it was Laxmipriya who had, from early days, worked wonders in the relationship and provided a strong and abiding foundation for the marriage. Herself a dancer and stage artiste of acknowledged stature, Laxmipriya was the inspiring presence in Kelucharan’s life. 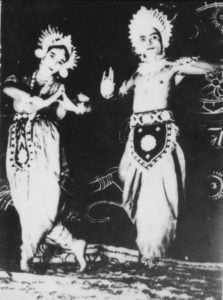 Together On Stage & Life

Their togetherness stemmed from the 1946 when she danced at Annapurna ‘B’ theatre to his fluent and pleasing support on the mardala and other drums. Invariably, whenever Laxmipriya performed on stage, Kelucharan accompanied her on percussion.

Laxmipriya benefited from Guruji’s ideas on dance, choreography and stagecraft, and she saw to it that, in his grim struggle to eke out a bare existence, every affordable comfort was made available to him.

And when the situation demanded, the promising and popular dancer-actress had no hesitation in making a sacrifice of her career to settle down as a mother and a wife. 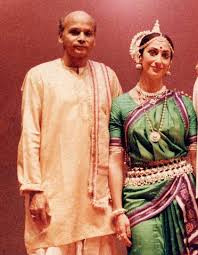 From a very early age, Laxmipriya absorbed from her rural surroundings, an interest in the expressional arts of dance, music, theatre.

Hailing from Khurda, Laxmipriya and her mother opted to stay in Puri, the cradle of culture. There, the young Laxmipriya was introduced as a dancer in the prominent theatre organisation Annapurna A Group by Bauribandhu Mohanty, a patron and promoter of artistes.

With the group, she travelled to every nook and corner of the state, giving her the best exposure to Odisha’s vibrant culture and tradition.

And her grooming by versatile teachers in acting and dance like Ram Mania, Kashinath Sahu, Lakshmidhar Patra and Lingraj Nanda helped her talent to bloom into a fine stage artiste and from the time she made her debut as “Mohini” in a dance drama. 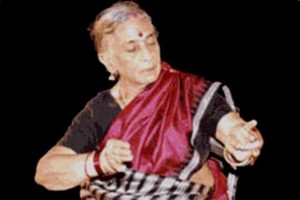 After “Mohini”. Laxmipriya mesmerised theatre lovers with her virtuosity and emotive portrayal in a number of dance dramas many of which ran for a 100 days. Her stellar roles made her a most popular stage artiste in the plays “Manager”, “Aloka”, “Bharasa”, “Ta poi”, “Mulia”, “Kalapahada”, “Jahara” and the “Dasavatara” sub-play in “Sadhaba jhia” in which she performed in tandem with Kelucharan Mohapatra.

Guruma, as Laxmipriya is fondly referred to by her disciples as well as dance lovers, is credited as being the first dancer to perform Odissi on stage.

Another feather in this remarkable lady’s cap is that she acted in important roles in landmark films such as “Surya Mukhi”, “Manika Jodi”, “Amada Bata” and “Mala Janha” and her histrionic ability has been received with great enthusiasm by the Oriya audience of that era. 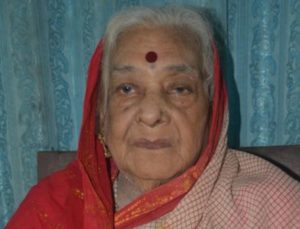 Guruma’s value to the cultural ethos of Odia society is huge in terms of her courageous contribution. Her decision to continue as a dancer and stage artiste gave fillip and courage to many middleclass Odia girls to dedicate themselves to Odissi dance. In this, she certainly took a brave and pioneering decision that encouraged a bevy of dancers to follow suit.

Even in her advancing years and failing health, she continued to take keen interest in dance practice sessions held every day at Srjan, where she functioned as the chief trustee after the demise of Guru Kelucharan Mohaptra.

A large number of accomplished Odissi artistes and former students of Guru Kelucharan Mohapatra address her as ‘Guruma’, and their affection & respect for her is evident.

Between looking after Guruji’s household, bringing up the second generation-son Ratikant and family-and students from all over India and abroad who reside in the Gurukul (for the summer workshops), and reminiscing about her and Guruji’s illustrious career, Laxmipriya lived an active life, deeply involved in all that happened around her till the last day.