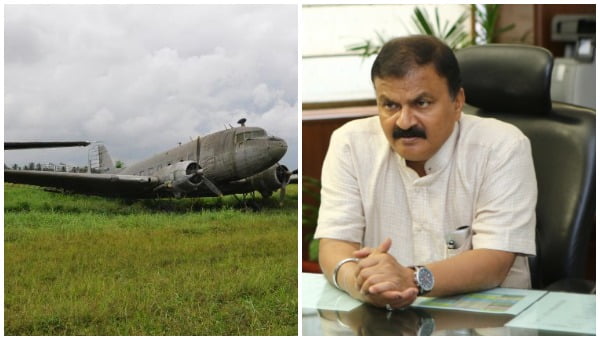 The loss of a friend in adulthood has many meanings. It is the loss of someone with whom you had shared your life, thoughts and activities. We often have friends from our student days with whom we hardly meet or speak for years. In 2017, I had met Guruprasad Mohapatra nearly thirty-five years after we parted ways. We had been together in our college years; he had then gone to Delhi and joined the administrative services. I had got snippets of his good work while visiting Gujarat, like the Sabarmati riverfront and the Kankaria lakefront and heritage promotion. Perhaps his best achievement was during his stint as the municipal commissioner of Surat, where he was credited for converting the city into one of the models of urban governance.

Our common friend Deboo Patnaik had told me that Guru was now the Chairman of the Airports Authority of India (AAI) and that he could help in getting Biju Babu’s old Dakota from the Kolkata airport. Not wanting to let the chance slip by, both of us went to see him on his next home visit and met him at his house at Saheed Nagar.

I was meeting him after so many years, but we picked up a conversation as if it had just ended a few months before. Like with many other friends, we shared common memories and experiences. I still remember him cycling down to my place from his house, taking the small path near the railway lines. He was enthused by the idea of getting the aircraft to Bhubaneswar and immediately rang up the authorities at the Netaji Subash Bose International Airport in Kolkata and told them that I would be visiting the inspect the plane and that all help should be rendered.

I was in Kolkata at the first instance, having informed him earlier of my trip. When I got down from the aircraft, I was surprised to see two AAI officials near the step ladder. They identified themselves and told me that a jeep was ready to take me to the isolation bay where the aircraft was parked. When we reached the spot, I found that the old Dakota was amidst a thick pool of water, with a lot of vegetation all around and it was difficult to reach it. It took me a good three hours to clear the path to the aircraft.

In the next six months, Guru made sincere efforts to get the Dakota to Bhubaneswar. He repeatedly wrote letters to the Odisha government asking them to take the plane. He was willing to waive all charges and had also agreed to allot a special place in front of Biju Patnaik International Airport in Bhubaneswar. In fact, he had told me that the AAI would also bear the cost of transporting the craft to Bhubaneswar if need be.

He was quite disappointed when no proper response came from the powers that be at Bhubaneswar. In fact, just a few weeks before his term as the AAI Chairman was to get over, he told me that the aircraft would soon be scrapped.

Another instance that I recollect which is an indicator of his high level of administrative acumen is when I complained to him about the high rates being charged by the vendors for tea, coffee and snacks inside the airports. I told him that a cup of tea or coffee was Rs 100 and even the snacks were overpriced. He explained that the high rentals charged by the AAI forced the vendors to keep the prices high. I explained to him that the vendors would certainly sell many more cups if the prices were decent. He told me to write to him and drop suggestions in the various suggestions boxes kept at the airports.

For the next few months, whenever I would take a flight, I would fill up the suggestion form and made many others do so too. I also sent many emails. One fine day, he rang me up and told me that the AAI was setting up stalls in 15 airports managed by them where tea and coffee would be served at Rs 20 and Rs 30 respectively. A few weeks later I found such a stall at the Pune airport and in later days in many other airports. I took photos and sent them to him, thanking him for his good work.

When death takes a childhood friend away, it also takes away one of your connections to the past and a presence you had counted on in the future. Consequently, a constant is gone.

I think it will be a fitting tribute to him if the Dakota is got from Kolkata airport and placed at Biju Patnaik International in Bhubaneswar. Is the Odisha Chief Minister listening?