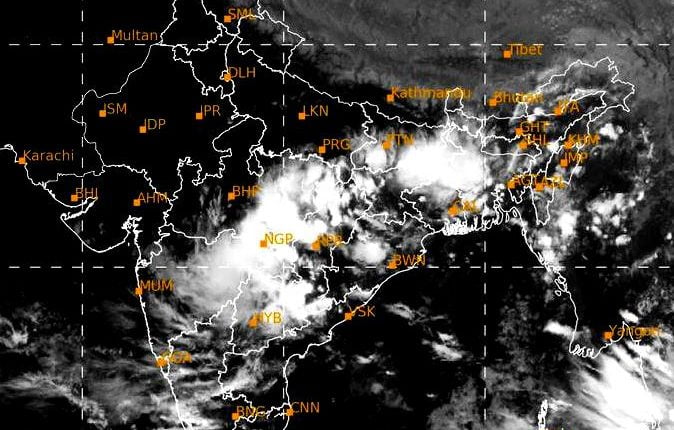 In a letter, Special Relief Commissioner (SRC) Pradeep Jena told the collectors to closely monitor the situation and direct the fishermen not to venture into the deep sea.

The IMD, in a mid-day bulletin said a fresh low pressure area which is very likely to form over north Andaman Sea and adjoining east-central Bay of Bengal in next 72 hours on October 9, will concentrate into a depression over the central Bay of Bengal during subsequent 24 hours on October 10 and move west­north-westwards and cross the north Andhra Pradesh and adjoining south Odisha coast as a depression by the afternoon or evening on October 11.

Under its influence, heavy rainfall will lash most parts of north and south coastal districts from the evening on October 10 and continue till October 13.

In view of the heavy rainfall warning, IMD has issued yellow warning for the following districts.

October 11
Heavy to very heavy rainfall at one or two places over the districts of Malkangiri, Koraput, Gajapati, Rayagada and Ganjam.

Heavy rainfall at one or two places over the districts of Puri, Kandhamal, Khurda, Jagatsinghpur, Kalahandi and Nabarangpur.

BMC, BSCL To Launch ‘Cycles4Change’ Campaign In Bhubaneswar On Oct 9