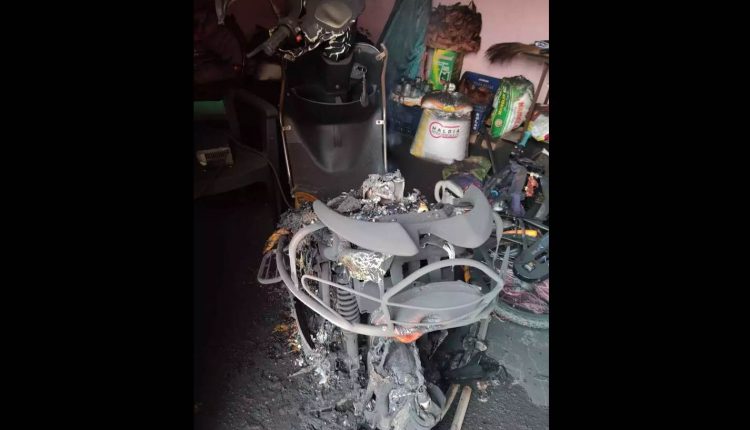 Bhubaneswar: A Photon scooter from Hero Electric, India’s largest electric two-wheeler manufacturer, was partially damaged after it reportedly caught fire while being charged in Odisha.

The incident was first reported on Wednesday and media reports attributed it to a possible short circuit at the power socket from where the electric scooter was being charged overnight.

This is the first time a fire incident has been reported in its scooters and the company sought to emphasise the difference between this case and the over two dozen instances of fires that have ravaged the domestic electric vehicle industry in recent times, the ET reported.

“When contacted, the customer explained that he heard abnormal cracking sounds and discovered that fumes were coming from the electric switchboard of the home, adjacent to the e-scooter and sparks were continuously falling onto the floor and a can of paint lying nearby,” the company said in a statement.

“By the time he went on to switch off the mains and get back to try and put off the fire, it spread and burnt the rear part of the scooter and some household belongings,” it added.

A technical team later visited the spot and analysed the damaged rear part of the scooter. “The most probable cause of the fire was the AC phase and earth wires of homecoming in contact with each other (causing a) short circuit and the malfunctioning of the fuses that should have cut off in the event of such a short circuit,” the company said.

“We have also offered any help to the customer in replacing the burnt parts on a cost basis and thoroughly testing his refurbished scooter for roadworthiness,” it added.

The Photon is one of the city speed scooters that the company sells and has a top speed of 45 kmph with a 1.9 KWh lithium-ion battery pack and a range of 90 kilometers on full charge. There are over 450,000 units of its scooters on the road in India. It has an ex-showroom price of Rs 80,490, the report added.