Bhubaneswar: It is official now! Shreya (Sriya) Lenka from Odisha’s Jharsuguda has become the first-ever Indian K-pop artiste. She is one of the two new members of ‘Blackswan’, an immensely popular South Korean K-pop girl group formed by DR Music.

Though DR Music was supposed to pick just one member for Blackswan, they announced the names of Sriya and Gabriela Dalcin from Brazil to be the 5th and 6th members of the K-pop group. “With their debut, we will be back with Blackswan,” said the group in a post on Instagram on Thursday.

A trained dancer, singer and yoga practitioner, Shriya (18) along with Gabriela (19) was chosen among 4,000 applicants through a YouTube audition programme that began in June 2021. They will be in Seoul for the next few months for practice so that the group brings out their next album, sources said. 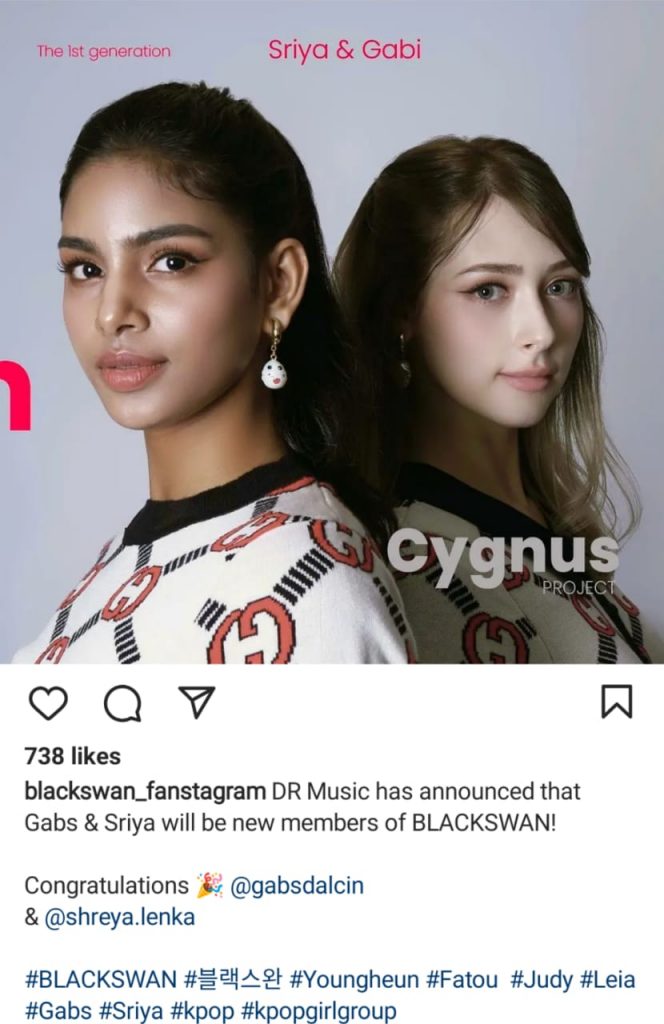 The duo was put through an intense training process which included standard vocal, rap, and dance lessons to personal training, language, and musical instruments in the last five months.

The Black Swan had made their debut in the K-pop industry in October 2020. As Hyeme, a Korean idol, left the group after her contract expired, the auditions were held online to fill up the vacant post. A K-pop enthusiast, Sriya stumbled upon the opportunity while surfing different social media sites. Confident of her skills in twirls, swirls and crooning, Sriya was quick to apply for the global auditions.

She had sent an unedited dance and a song video for the audition. Her name was announced live by the remaining members of Black Swan on their YouTube channel as a finalist on July 3. In December last year, the lanky girl from Jharsuguda was selected for the last leg of training in Seoul to become a member of the Korean pop band.

Born into a family of Yoga enthusiasts, Sriya had been into performing arts since her kindergarten days. She began with Odissi but had to give up training in the classical dance form after a year due to financial constraints.  Five years back, she enrolled for dance training under the guidance of a popular dance reality show, ‘Boogie Woogie HipHop’ 2009 winner, Madan Mohan Purty. Taken aback by the girl’s determination, Purty stood by her and nurtured her skills despite the financial instability being faced by her family.

Later, she honed her skills under Mendo Barla. The quest for making it big made her participate in at least 30 national and regional-level dance competitions. Not just that, she had also been a self-learner of freestyle and hip-hop dance forms as she spent time following popular artistes online.

“Since I have a deep voice, I faced difficulty in finding the right vocal trainer. My grandmother helped me find one. She took me to a Hindustani classical music teacher, who taught me twice a week. But, for the western songs, I had to rely on online videos and self-learning,” Sriya recalled in an earlier interview.

With recording studios for dance and music shut in her town due to COVID restrictions, she turned her mini-terrace at home into an open-air studio for recording her audition videos. She learnt Korean online and watched a lot of Korean dramas to learn both the language and culture. Battling all odds, Sriya is now made it to the much-sought-after platform and made Odisha proud!