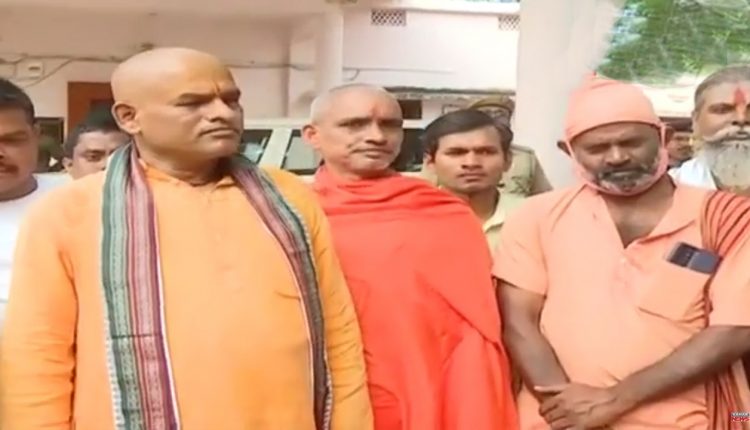 Berhampur: Leaders of Hindu organisations on Friday lodged a police complaint in Odisha’s Berhampur against rationalists accusing them of having hurt the religious sentiments of Hindus by organising biryani feast during lunar eclipse and making derogatory remarks about gods and goddesses.

Leaders of Vishwa Hindu Parishad, Bajrang Dal, Brahman Samaj and other outfits met Berhampur SP and submitted a complaint alleging that the rationalists had made objectionable and derogatory remarks about Hindu gods and goddess during their community feasts on lunar eclipse day.

Accusing the rationalists of using insulting words against Lord Jagannath, they said the organisers of community feasts in Berhampur and Bhubaneswar had hurt the religious sentiments of Hindus by terming the age-old practices of abstaining from food during the lunar eclipse as blind belief and superstition.

“We demand immediate steps to arrest the rationalists who were attempting to demean Jagannath culture. They were trying to provoke the Hindus by making objectionable statements about Lord Jagannath and other gods and goddesses. There is a conspiracy to defame our religion and culture,” said a Hindu leader.

“It is a deliberate attempt to destroy our religion and beliefes,” said another leader after the delegation lodged the complaint with the SP.

In Puri, members of Jgannath Sena staged a demonstration outside the office of the Shree Jagannath Temple Administration (SJTA) demanding action against the rationalists for making derogatory statements about Hindu gods and goddesses.

Convenor of Jagannath Sena Priyadarshan Pattanayak said the temple administration should lodge an FIR with the police against those who used insulting words against Lord Jagannath and other Hindu gods and goddesses while organising biryani feasts on lunar and solar eclipse days.

TV Actor Siddhaanth Vir Surryavanshi Dies After Collapsing In Gym; Know The Celebs Who Passed Away After Workouts