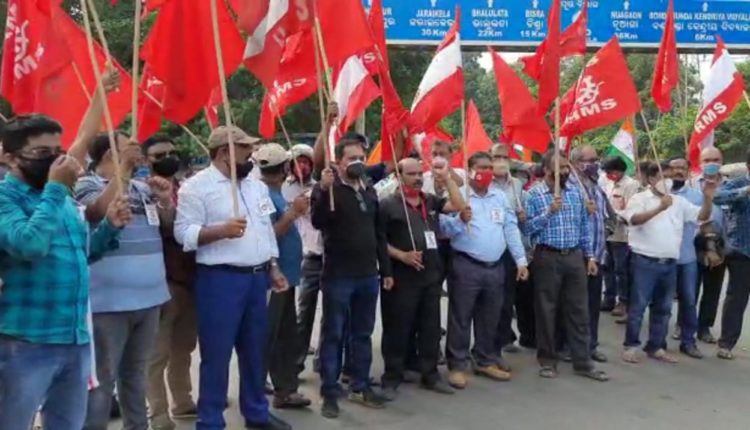 About 95 per cent of the employees joined the one-day strike, which was called by trade unions of all SAIL plants. They were demanding immediate finalization of wage revision, which has been due since January 1, 2017.

While the trade unions claimed that the strike was a success, the RSP management said that production in key areas continued despite the absence of majority of workers.

As per procedure, the wage revision agreement is finalized at the meeting of National Joint Committee of Steel (NJCS) where representatives of trade unions and management are present.

Following the four-and-a-half year delay, all trade unions gave notice for the one-day strike on June 30. It was preceded by a black badge-wearing day on June 28 and and hunger strike on June 29.

The RSP management had declared the strike as illegal through a notice on June 29.

The notice further stated that absence from duty on the day will be treated as break in service and lead to deduction of 8 extra days’ wages, under the provision of Payment of Wages Act 1936.

Despite the threat of wage deduction, workers joined the strike in huge numbers on Wednesday.

“In my 25 years of service in RSP, I have not witnessed such a strike, with less than 5 per cent attendance of workers in the plant,” an employee of RSP said on condition of anonymity. 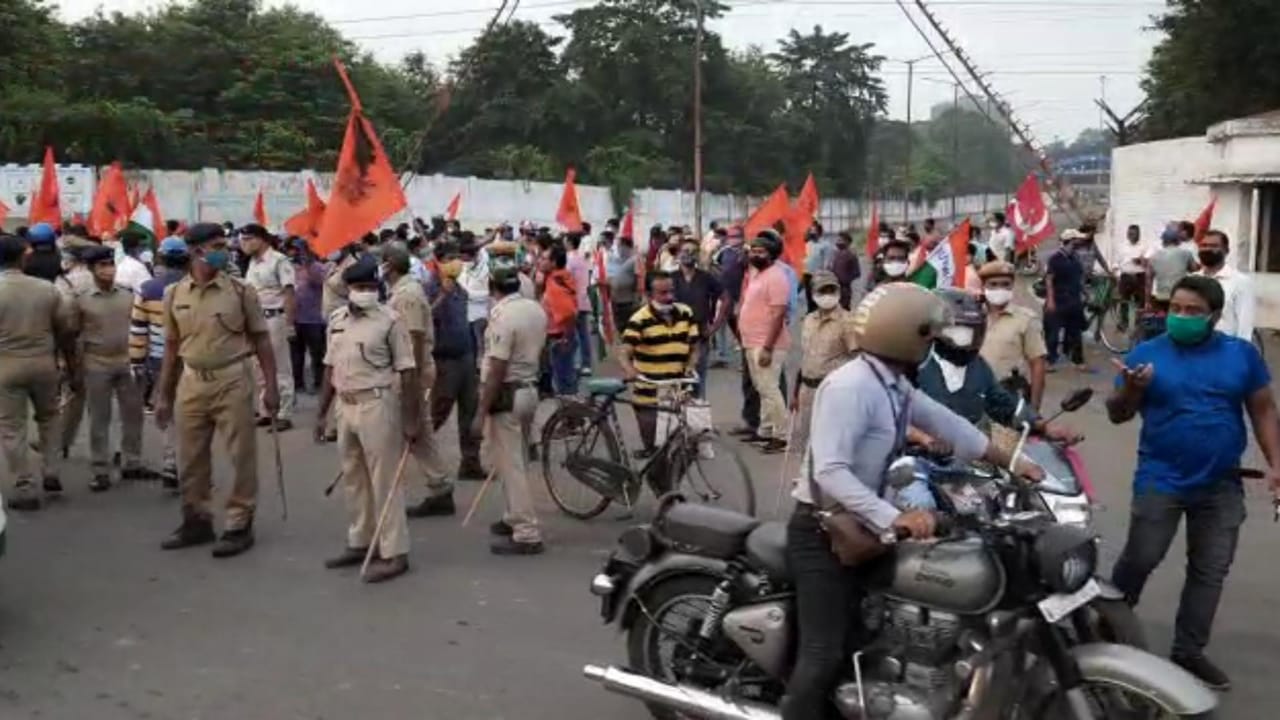 Trade union leaders were not perturbed by the wage deduction notice.

“The employees of RSP have given a befitting reply to the management’s notice of an 8-day salary deduction… If the management goes ahead and deducts salary, we will come back with 8-day strike,” claimed Rourkela Shramik Sangha general secretary Prasanta Behera.

“Today’s strike was total and historic, as the production in Rourkela Steel Plant in all major areas came to a grinding halt on Wednesday,” said Himanshu Bal, president of Rourkela Ispat Karakhana Karmachari Sangha (RIKKS), which is affiliated to Bharatiya Mazdoor Sangh.

CITU general secretary Bishnu Mohanty said there was an overwhelming response from employees in RSP and all other SAIL plants. “Therefore, the management should immediately accept our demand of 15% minimum guaranteed benefits (MGB) and 35% perk/fringe benefits,” Mohanty remarked.

Though there was a big loss in production, key areas of RSP like Blast Furnace, Steel Melting Shop, Coke Oven, etc. did operate to around 15 to 30% of full capacity, informed sources.

There was no official comment or statement from the RSP management.

Focus Rourkela: Why Should Steel & Mines Workers Not…