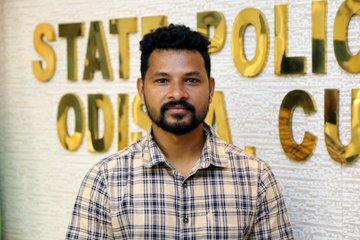 Rourkela: Family members of a youth, who allegedly died by suicide in February, have accused former international hockey player Birendra Lakra of influencing the investigation into his mysterious death.

In a press release issued on Sunday, Bandhan Toppo alleged that they suspect the involvement of Lakra and his friend Manjeet Tete in the death of his son, Anand Toppo. “As Birendra is now part of the police organisation, he might be influencing the inquiry,” he said.

The deceased was found hanging in a flat at Infocity in Bhubaneswar around 10 am on February 28 and at the time of the incident, both Birendra and Manjeet were reportedly with him.

The newly-wed Toppo had travelled to Bhubaneswar with two of his friends, Chunu Singh and Sunand Tirkey, on the night of February 27. On reaching Bhubaneswar, he asked his friends to meet him the next morning.

The family was, however, informed by Lakra around 12 pm on February 28 that the 28-year-old Toppo was no more. Birendra and Manjeet had reportedly rushed him to Capital Hospital, where doctors declared him dead on arrival, the release said.

Bandhan also questioned the timing of his death since he had spoken to his wife at 9.37 am and his mother around 9.50 am and the way his hanging body was brought down. “Manjeet stated that she saw Anand hanging from the ceiling fan after coming out of the bathroom and that she brought the body to the floor. It is impossible for a girl to do so single-handedly,” he said.

He also highlighted the discrepancies in the statements of Manjeet and Birendra. “Birendra stated that he was in the drawing room listening to music on his iPod when the girl informed her that he had fainted and he called an ambulance and rushed him to hospital,” he said.

His friends, Chunu and Sunand, found Toppo on a stretcher and assisted in putting him in the ambulance. However, they could not confirm if he was alive or dead, the release said.

Alleging that it could be a pre-planned murder, Bandhan said that her son might have been lured to visit Bhubaneswar and possibly poisoned/strangulated before being hanged to pass it off as a case of suicide. “There were scar marks on his neck but the police refused to register a case of a cognizable offence even after two hours of argument. Instead, they asked us to assist in the postmortem process and take the body for cremation,” he said.

Notably, the Infocity Police had registered an unnatural death case on the day of the incident.

“The police never relied on our statement and reiterated the theory of suicide,” he said.

Stating that Birendra and Toppo were close friends, she further said that they were not aware of any illicit relationship between her son and Manjeet. “Anand had returned to Rourkela in July 2021 and handed over the flat to Birendra in October-November 2021. Some of his belongings were still there in the flat and he had been there once or twice during this period. Manjeet, however, had been staying in one room of the flat for one and a half months before the incident,” the release said.

He also questioned the delay in releasing his postmortem report. “The postmortem report released from AIIMS-Bhubaneswar read the cause of death as pending till the receipt of chemical analysis report of the viscera,” the release said.

The family wrote to the DCP on May 11 to treat the application as FIR and register a case of cognizable offence. “I also meet the DCP personally, requesting a proper probe into the incident on May 18 and submitted another application to the Twin City Commissioner of Police on May 19, which also yielded no result,” he added.

Birendra could not be contacted despite repeated attempts. 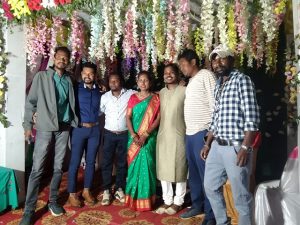