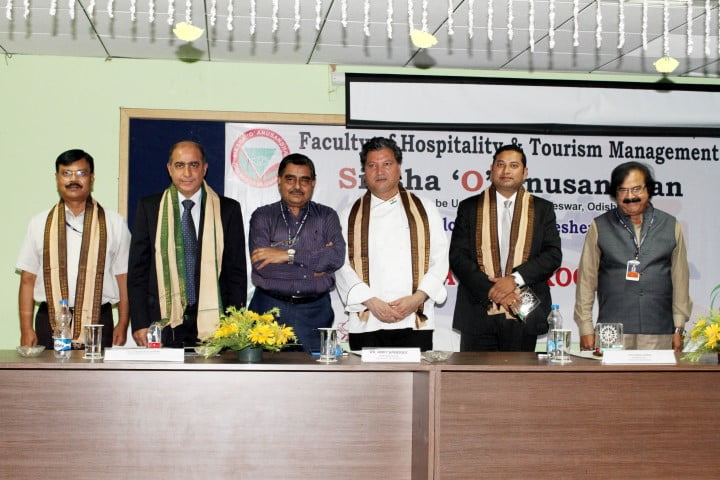 Bhubaneswar: The 14th Men’s Hockey World Cup, to be held in the Odisha capital from November 28 to December 16 this year, would present an excellent opportunity to focus on the state’s tourism potential and market the same, Dr Jitendra Nath Mishra, former Indian Ambassador to Portugal and Laos, author and an expert on the game, said on Thursday.

“International hockey can spin off on tourism and has enormous potential,” Mishra said while addressing the orientation programme for the freshers at the School of Hotel Management, faculty of hospitality and tourism management at the SOA (Deemed to be University).

Several thousand people from other countries will converge in Bhubaneswar for the hockey showpiece having 16 countries in the fray and they would need hotel rooms, excellent cuisine and relaxation avenues, he said, adding that the state government might have to step in to bolster infrastructure.

Mishra, who has been appointed advisor by the Odisha government on sports and tourism, said many of these tourists would be interested in the city, tourist places, food and fabrics. “Visitors would value their money and hospitality,” he pointed out.

Stating that the need was to put Odisha on the world map, he stressed team effort to improve quality of service as “we don’t keep deadlines” unlike people in other countries.

Among others, Biju Patnaik International Airport director Sarat Chandra Hota, and  Corporate Chef at the Mayfair Hotels and Resorts Nisar Ahmed also spoke at the meeting, which was presided over by the SOA Vice-Chancellor, Prof Amit Banerjee.