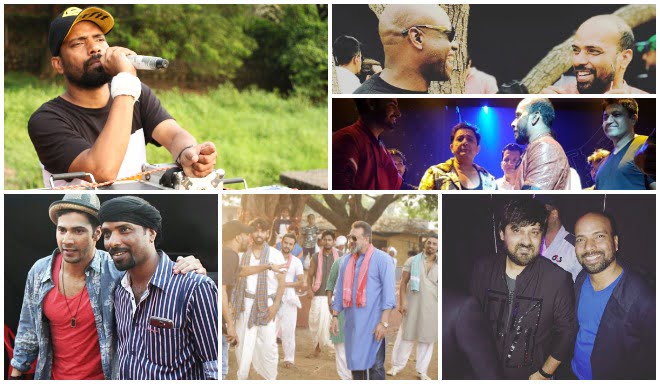 Bhubaneswar: The 44-year old Sudhakar Majhi was born and brought up in Padagan, a small village in Balasore district of Odisha. But his humble background couldn’t stop him from dreaming big.

Sudhakar’s passion for dance took him to Mumbai, where he started a dance academy before stepping into Bollywood.

In 2006, the Odia choreographer got a chance to perform with Kumar Sanu and Varsha Usgaonkar at an event in Jaipur. This was the first time that the small-town boy had collaborated with B-town celebrities.

Nine years passed before Sudhakar was roped in to choreograph Varun Dhawan for V-fest in 2015. After the success of V-fest, there was no looking back for Sudhakar.

Impressed with his dancing skills, American video-hosting service Vevo signed him for directing an international music video titled ‘I was lost’.

The music video was released internationally on September 18.

What were the difficulties that you faced as an outsider in Bollywood?

Life is not a bed of roses… but one who keeps trying and never gives up, surely succeeds in the end. When I came to Mumbai, I had to prove my worth to get work. I had no experience to add to my profile. So, I started with a dance academy for youngsters, which helped me survive in Mumbai. When people saw my dancing skills, they passed on the information to others. Word of mouth publicity helped me in getting work in the industry.

Does nepotism exist in Bollywood?

Yes, it does, just like it exists in any other industry. However, nepotism didn’t stop me from getting work on the basis of my talent. I think if an artist is determined to achieve his/her goal, then no one can stop them. While nepotism does exist in Bollywood, there are people who value talent also.

How do people in your hometown react to your achievement?

When people visit my house, they ask my mother, “Why is your son not dancing with the others on stage?” People in my village have no idea about the job of a choreographer. They think if a person is in Bollywood, then he/she should come on the silver screen or on the stage. But they have no idea that it is the choreographer who makes the actors dance on the stage (laughs).

What message do you want to convey to budding artists of Odisha?

I feel really bad to see gifted youngsters losing hope and giving up their dreams. I would like to tell them that along with talent, education is very important. Education will help you think out of the box and pave a way for yourself to achieve your dreams. There are scores of talented people out there, but only a few achieve great heights. The reason behind their success is their innovative ideas and strategies to grab the attention of producers and directors. I would advise all the youngsters to complete their studies and then pursue their passion.

Sudhakar went on to say that people who talk about not getting the right platform, must step out of their house and walk towards it.

“When we need to board a train, we need to go to the station and then to the right platform. Only then do we board the right train to reach our destination. Similarly, making the right decisions at the right time plays a very crucial role in achieving one’s goal,” Sudhakar concluded.