I Would Tell My Children Not To Do It, It’s Not Right: Javed Akhtar 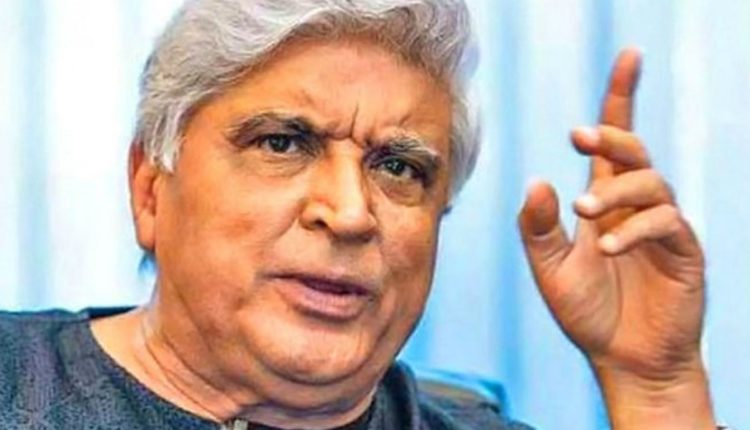 Mumbai: Veteran lyricist and writer, Javed Akhtar has said that if he found out that his children were smoking marijuana, he will tell them not to as it is not right.

“I would tell them not to do it, it’s not right. But they are grown-ups. It’s like when I gave up alcohol in 1991, and haven’t taken a sip since then. I used to drink every day. I have come to the conclusion that if you have any kind of intoxication, it can harm you,” he said.

The lyricist further said, “If I come to know my daughter (director Zoya Akhtar) smokes marijuana, I’ll tell her she shouldn’t be doing this. If she listens to me that’s fine, but if she doesn’t, she’s a grown-up girl. It’s the same with my son (actor Farhan Akhtar).”

While speaking to Barkha Dutt in an interview, Javed Akhtar said ‘charas’ and ‘ganja’ are ‘ordinary’ things that can be found outside any college campus, and shouldn’t be confused with drugs such as cocaine and LSD.

“No police officer will pay attention to a person smoking marijuana. The problem arises only if one starts peddling the banned substance for profit,” he said.

Due to recent revelations about drugs peddling by actor and prime accused Rhea Chakraborty in the Shushant Singh Rajput’s death investigation, the whole Bollywood is under the scanner. Big names like Deepika Padukone, Sara Ali Khan, Rakul Preet Singh, and Shraddha Kapoor have been linked with the case.

Just a few days before, late actor Irrfan Khan’s wife, Sutapa Sikdar had said that CBD oil should be made legal in India.

“It’s not such a big issue,” said Javed Akhtar in the interview. “People do it, but yes, it’s bad for your health.” He said that he would be indifferent either way if marijuana were to be legalised, or it were to remain banned. Javed rejected the notion that it could prove to be a gateway drug to more harmful substances if legalised.

Yogi Adityanath Promises Exemplary Punishment To Those Who Assault Women