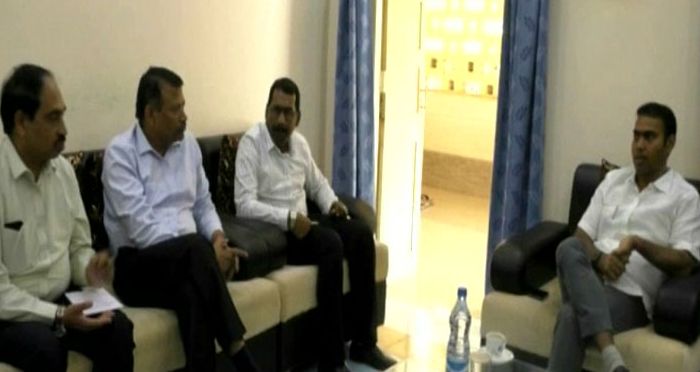 Jajpur: The impasse continues at the Mahagiri underground chromites mines of the of the Indian Metals and Ferro Alloys (IMFA) chromites mines in Sukinda in Odisha’s Jajpur district over a mishap in which two labourers were injured on November 2.

Talks between the Chromite Khadan Mazdoor Sangh and the management held at the Jajpur Road on Thursday remained inconclusive. “Top priority has to be given to the safety of the workers in the underground mines. There must not be any compromise on this matter. The labour union discussed this matter along with other issues with the management, who informed that they will apprise the union of their decision after consulting the higher management,” president of the union, Pritiranjan Ghadai told mediapersons after the meeting. Vice-president, IMFA Mines, Sudhanshu Patni, said after six days of the incident, the meeting held today was brief. “But the meeting remained inconclusive as the union members said that they would not join work till the two injured workers are completely cured. This is the first time that the union has stopped work in the mines on account of such a demand. The higher management has informed that they would arrive at Kaliapani on Sunday and will take a decision after meeting
the injured patients and their family members,” he pointed out.

The workers have been sitting on a dharna in front of the mines protesting against the injuries sustained by two workers—Aditya Mahanta and Motilal Mahanta at the Mahagiri underground chromites mines.

370 Persons Booked In Twin Cities For Violating Rules On Diwali