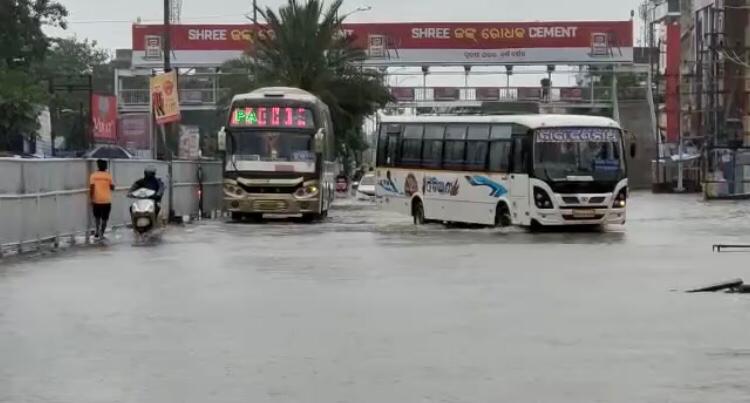 Cuttack: The incessant rain for the last two days under the influence of  deep depression over Northwest Bay of Bengal have once again exposed the unpreparedness of Cuttack Municipal Corporation to tackle waterlogging.

The city received around 480 mm of rainfall on Monday and the impact was visible in several areas of the city, from market places to hospitals.

Such was the impact of the rain that a portion of ceiling in the ‘Mukhashala’ of Chandi temple in Cuttack collapsed. However, no loss of life was reported.

Sources said stagnant rainwater on the roof of the temple led to the collapse of a portion of the ceiling. Following the incident, the temple has been closed. 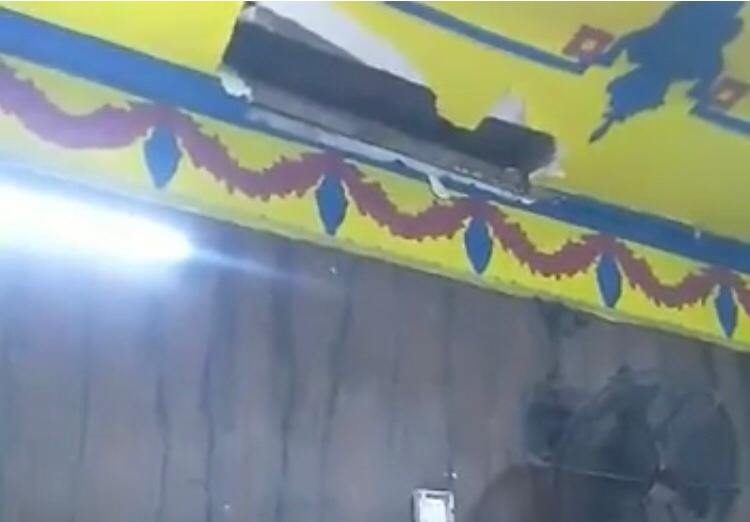 The roads were submerged in ankle-deep rain water which got mixed with the overflowing drain water.

The waterlogging poses a threat to human life too as pot holes and uncovered manholes are difficult to spot on the roadsa, said a resident Manoj Pradhan.

“The heavy rain has exposed the incapability of the government. The water has been flowing above the ankle level at Badamabadi since yesterday but no pumps have been installed to drain out the water. This has been the situation for the last 30 years and there has been no improvement over the years,” said Ashok Panigrahi, a local.

Panigrahi said worst affected are the patients who come to SCB Medical College but are stuck on the roads as autos are unable to navigate through the overflowing water.

Meanwhile, sources in Cuttack Municipal Corporation (CMC) said pump sets have been made operational to ensure waterlogged and low-lying areas of the city are quickly dewatered. Sluice gates too have been opened at several strategic locations in Cuttack city.

Original Certificate Not A Must For Admission To Plus III In Odisha; Check Details