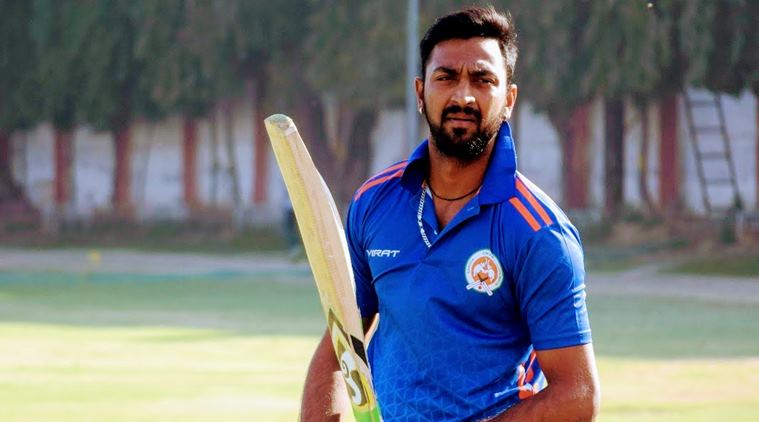 Vadodara: Team India all-rounder Krunal Pandya became the latest cricketer to be a victim of cyber crime as his Twitter account was hacked on Thursday.

The hacker expressed that he was ready to sell the Twitter account in exchange for Bitcoins and asked has Twitterati to send him cryptocurrency. The hacker tweeted 10 times from Krunal’s account.

The hacker first retweeted at 7.31 am on Thursday. In his second-last tweet, the hacker wrote: “Selling this account for bitcoins.” He added “send me bitcoin” in the same thread. 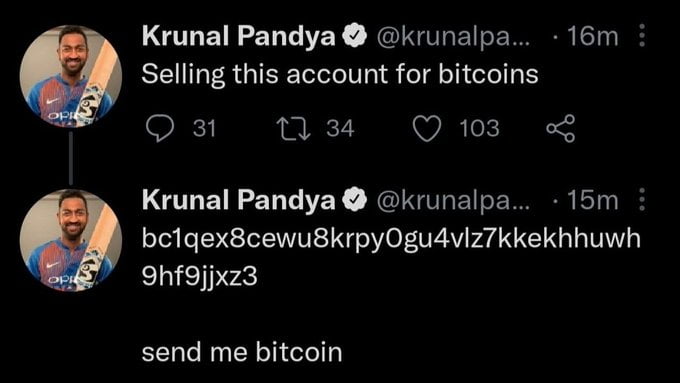 Krunal’s last legitimate tweet was a video of himself batting at the nets, along with a caption stating, “Too inspired to be tired,” posted on January 18.

Krunal, the elder brother of Hardik Pandya,  has 1.3 million followers on Twitter.