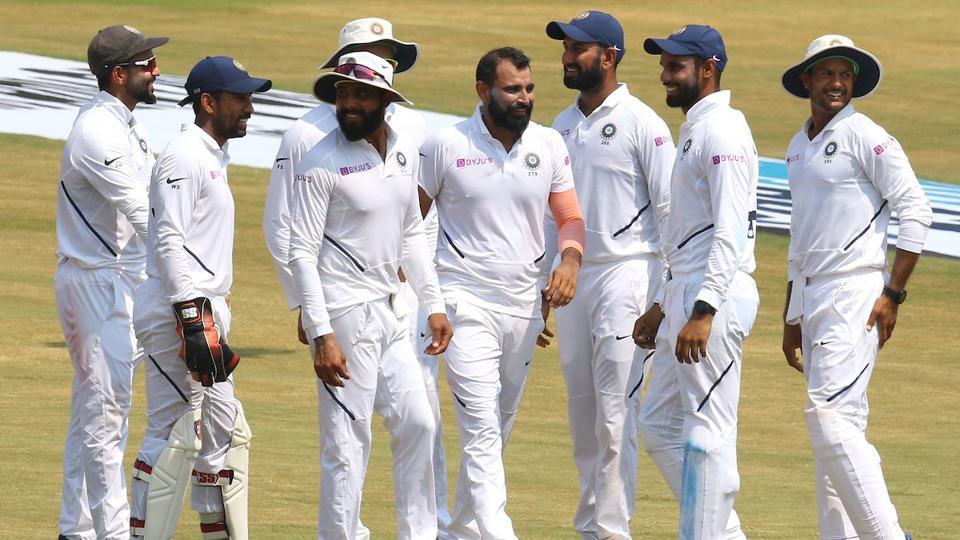 India rode on clinical performances from both batsmen and bowlers to beat South Africa by 203 runs in the first Test in Vizag on Sunday.

With the victory, India took a 1-0 lead in the three-match series that marked the beginning of the home Test season, NDTV Sports reported.

The number one-ranked Test side consolidated their position at the top of the ICC Test Championship points table, which they have topped since a 2-0 clean sweep against the West Indies in the Caribbean last month.

Rohit Sharma, batting at the top of the order for the first time in Test cricket, was the biggest plus for India in the Vizag Test. He scored 176 and 127 runs in the two innings to help India post 502/7 and 323/4 and set a 395-run target for the visitors.

Spinner Ravichandran Ashwin made an impressive comeback to international cricket after missing the West Indies Tests. The 33-year-old off-spinner claimed seven wickets in the first innings and followed it up with a single scalp that helped him become the joint-fastest to reach 350 Test wickets.

Who Is Sunil Gavaskar Batting For As Cricket Captain After Kohli?

It Has Been Made Keeping Future Roadmap In Mind: Ganguly On Kohli’s Decision