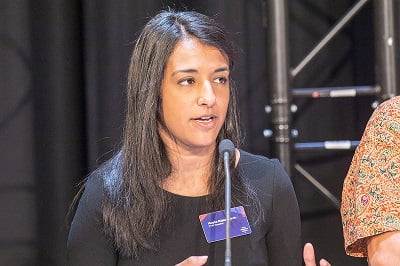 New York: A journalist of Indian origin, Megha Rajagopalan has won the US’ top journalism award, the Pulitzer Prize. Rajagopalan was picked for the award for her innovative investigative reports to expose mass detention camps for Muslim Uighurs and other minority ethnicities in China.

She shared the award in the international reporting category with two colleagues from internet media, BuzzFeed News, which was declared by the Pulitzer Board on Friday.

Another Indian-origin journalist, Neil Bedi, won a Pulitzer in the local reporting category. He won for his investigative stories with an editor at the Tampa Bay Times that exposed the misuse of authority by a law enforcement official to track children in Florida.

The journalists were awarded in the 105th year of the Pulitzer Prizes by a board at Columbia University’s Graduate School of Journalism in New York.

Deba Snana Yatra: Pahandi Rituals Of Lords To Begin At 1.30 AM

India Gets ‘Best Assurance’ From UK On Vijay Mallya’s Extradition