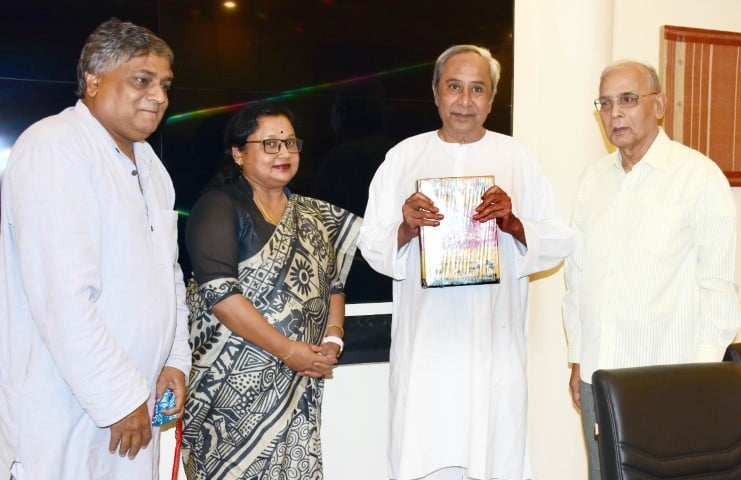 Bhubaneswar: A team from the Indian National Trust for Art and Cultural Heritage (INTACH), Odisha, met Chief Minister Naveen Patnaik and presented a copy of the report on ‘Monuments of the Prachi Valley’ and a copy of the recent INTACH publication “Preserving Heritage: An Odishan Journey”.

Notably, the report on the Prachi Valley was released last month after an 18-month survey of the place.

The report has been prepared by Anil Dhir, who has documented nearly 80 temples, 60 mutts and 45 ghats, besides other heritage structures of the Prachi Valley.

The Chief Minister congratulated and praised the efforts of INTACH in hisTwitter page for the work that emphasised on creating awareness and intervention for preserving Odisha’s art and culture.

State Convener AB Tripathy said that the Prachi River Valley is a hidden gem of Odishan art, architecture and culture which should be brought to limelight.

He stressed the role of INTACH in the conservation and preservation of heritage monuments in the state and the various reports and documentations that have been undertaken.

Author of the report, Anil Dhir said the Prachi Valley is the richest repository of geographical, historical, architectural, religious and monumental wealth of the state. The valley, with its archaeological remains, can be regarded as a veritable museum of Odisha’s glorious past. It has chronological relics, remnants and edifices of Odishan history and culture through the last two thousand years, he added.