IPL: When David Warner Partied More Than He Practised, Fought With Players 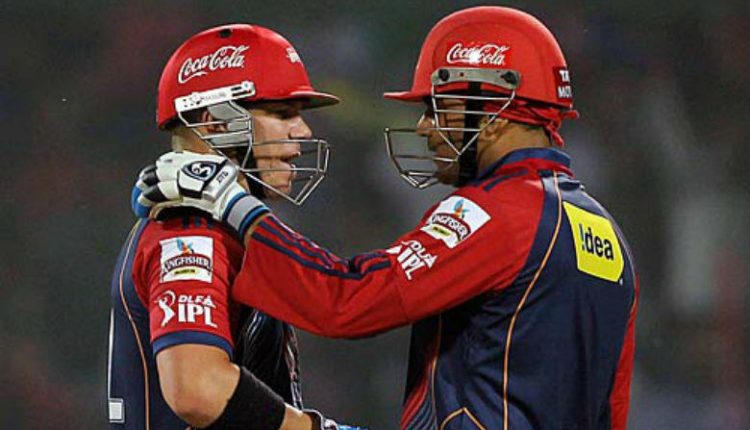 Mumbai: David Warner has established himself as one of Australia’s all-time great openers. He has a glittering record in IPL, too, having led Sunrisers Hyderabad to the title in 2016 and being the third-highest scorer (5,805 runs) in the history of the tournament.

But there was a time when he was impulsive and indisciplined.

In his maiden IPL season in 2009, Warner was with Delhi-based franchise Delhi Daredevils (now Delhi Capitals), when former India opener Virender Sehwag was the skipper.

In an interaction with Cricbuzz, Viru – as Sehwag was popularly called — shared interesting stories on Warner from the second edition of IPL 13 years ago.

Viru, the only Indian to hit three triple hundreds in Test cricket, said Warner was struggling with discipline and wasn’t easy to manage.

The Aussie was involved in a couple of dressing-room incidents which forced the team management to send him home.

“I vented out my frustrations on a couple of players and David Warner was one of them. Because when he had joined newly, he partied more than believing in practice or playing matches. In the first year, he had a fight with a few players so we sent him back for the last two matches,: Sehwag recalled.

“He was new, so it was important to show him that you alone are not important for the team, others are too. There are other players who can play and win the match for the team too. And that’s what happened. We kept him out of the team and won as well,” Sehwag said.

Warner, who was stripped of the Sunrisers captaincy last season and dropped from the playing XI due to poor form, was picked up by Delhi Capitals at this year’s players’ auction for Rs 6.5 crore.

He has justified that price tag by scoring 356 runs so far, including four half-centuries, to be in fourth place in the list of leading run-getters.

One-Off Test Vs England: What Advice Did Coach Dravid Give New Captain Bumrah?