‘It Is Time To Analyse Development Process Of Koraput’ 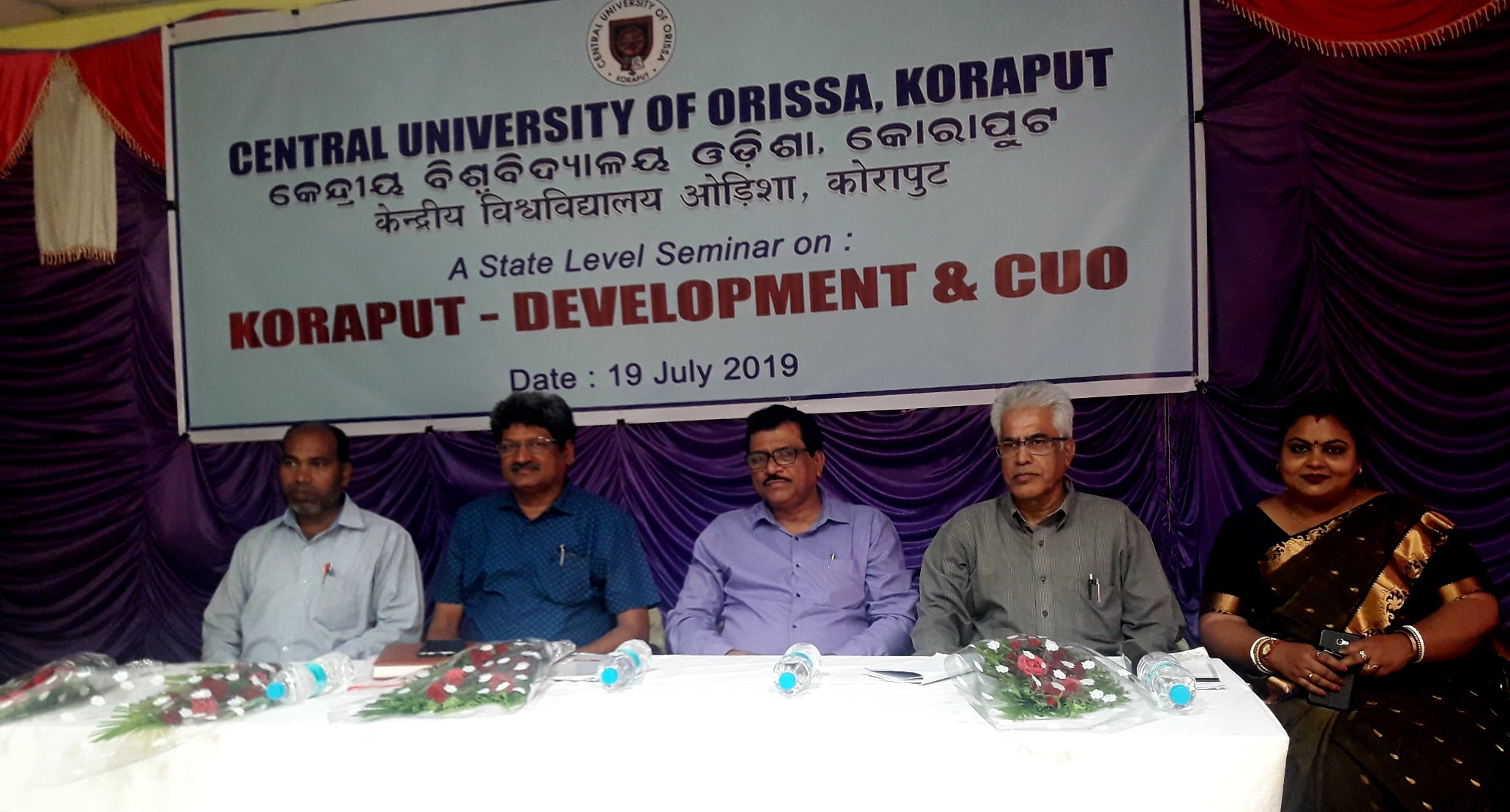 Bhubaneswar: A one-day state level seminar on ‘Koraput-Development and Central University, Odisha (CUO)’ was organised at the university campus at Sunabeda in Korpaut on Friday.

Prof Palita deliberated on the objective of the seminar’s topic and analysed the role of CUO towards development of this region after 10 years of its establishment.

“Koraput has the largest number of rice varieties in the country. A large number of primitive tribes live here. It is a storehouse of natural resources. But its climate has been changing day by day. So it is time to analyse the developmental process of the region,” he said.

He directed all the 14 departments of CUO to initiate Koraput-centric research for development of the region.

Imbalance in the food consumption pattern, called hidden hunger prevails in Koraput. It is a biodiversity hot spot of the world, said K Navaladi.

He gave importance to the promotion of agricultural productivity, farmer friendly technology, drudgery reduction, sustainable livelihood and proper training to the people for development of their livelihood.

“The University can educate the people of this region by adapting modern practices in various livelihood projects,” he said.

Dr Sahu, a scientist who has put in more than 33 years of service in research on vector borne diseases in Koraput said, “Vector borne diseases like malaria, dengue, Japanese encephalitis and chickengunia are major hurdles in the process of the development of Koraput and the tribes. Only awareness and preventive measures can control vector born diseases so that people are able to contribute their energy towards development.”

He highlighted the reasons, symptoms and preventive measures of these diseases.

He advised the use of long-lasting insecticide net (LLIN) to control vector borne diseases and urged the university community to create awareness in the region.

Students, faculty and staff of the university were present on the occasion.